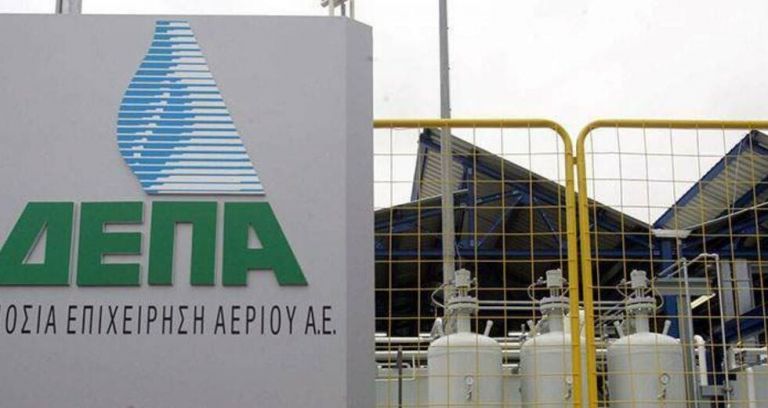 The war in Ukraine and the global energy crisis have brought the issue of energy efficiency to the forefront, not only in Greece but throughout Europe. De-dependence on Russian gas makes it necessary to implement a series of projects that guarantee security of supply through the diversification of sources and routes of supply, both for Greece, but also for the European Union as a whole.

Such projects, of strategic importance, are the Interconnection Pipeline Greece – Bulgaria (IGB) and the new LNG Terminal in Alexandroupolis (FSRU) starring DEPA Commerce, the public company that brought natural gas to Greece for thirty years guarantees the energy security of our country.

The implementation of the IGB is completed in May, according to the schedule, while its commercial operation will begin next month. Apart from the construction, DEPA is also the strongest user of the pipeline (after the Bulgarian BEH) in terms of capacity commitment, ensuring its financial viability.

Regarding the FSRU, the works started a few days ago, in the presence of the Prime Ministers of Greece, Bulgaria and Northern Macedonia and is expected to be put into operation in November 2023, doubling the ability of Greece to receive and refill liquefied natural gas, in over 10 billion cubic meters per year.

The participation of DEPA in the project was decisive for the entry of the National Gas System Operator (DESFA) but also of the neighboring countries, such as Bulgaria which already participates (with 20%) through the public company VAT. Boulgartransgaz and North Macedonia which also claims to be a shareholder.

The new terminal will receive natural gas from every corner of the world, covering the increased needs of Greece and beyond. The station will be connected to the IGB and will be able to supply all the Balkans with LNG from Egypt, the USA, Qatar, etc., thus contributing to their divestment of Russian gas. DEPA Commerce has already agreed to supply Bulgaria with gas, filling the gap created by the interruption of supply from Russia at the end of last month.

At the same time, the war in Ukraine is “reheating” the EastMed pipeline that will transport gas from the rich deposits of the Eastern Mediterranean to European markets, which is also “running” the company. The technical and financial viability of the project has already been substantiated by studies in the hands of DEPA, which is now in advanced discussions with trading companies from Israel and Egypt in order to export sufficient quantities of natural gas to Europe through the pipeline.

It is also worth noting that all the above projects will operate in synergy with each other but also with other infrastructures, such as the TAP pipeline that carries Azeri gas and the underground warehouse under construction in Kavala, turning our country into an international gas hub, upgrading its geopolitical and economic importance. It is the first time in its history that Greece acquires a key role in the energy security of other countries.

However, the role of DEPA Commerce is crucial in dealing with the effects of the energy crisis on consumers. The company absorbed a significant part of the gas price increases, offering the country’s households discounts of several tens of millions of euros.

DEPA is the only company in Greece that can offer such discounts, thanks to the long-term supply contracts it has concluded with energy supply giants, at fixed prices, which were not affected by the current price increases in the international gas markets.

In fact, in the past period the company achieved significant retroactive reductions in these contracts, returning to its customers, mainly industries, more than 130 million euros.

Finally, DEPA Commerce plays a key role in the national effort for the country’s energy transition, expanding its activities to the development of RES projects and investments in renewable gases, such as hydrogen and biomethane.

In this context, the company has created a portfolio of RES projects over 250MW and is launching its activity in the supply and marketing of electricity to large consumers.

In the same direction, DEPA is leading the development of an innovative green hydrogen project in Greece, of strategic importance for the whole of Europe, which covers the entire hydrogen value chain.

This is the “White Dragon”, a complete project, more than 8 billion euros for the production of green hydrogen in Western Macedonia, using large-scale renewable electricity (GW), which will then be stored and, through fuel cells, will function as a fixed base unit for green energy and heat cogeneration.

From the above, it is easy to conclude that DEPA Commerce emerges as a key “player” both in the energy transition of our country, and in the security of supply of the wider region. In just three years at the helm of the company, the Papadopoulos-Xifara administration managed to turn DEPA into a protagonist of energy developments in Greece and SE Europe.