Recovery Fund: The first installment of 3.6 billion comes before Easter – All projects and where the resources will go

Private investment, a more ambitious “I save”. New tools for the promotion of digital technologies and systems 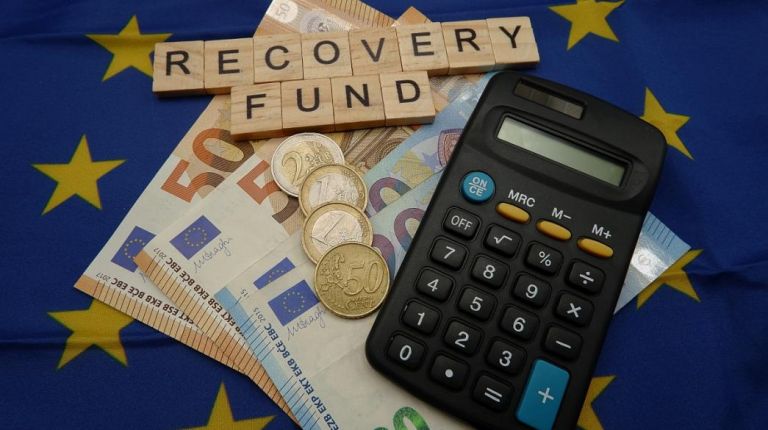 The resources and investments of the Recovery Fund take on the role of a bulwark in the war “wave” that is sweeping the Greek economy. The Greek government is betting economically and politically on the projects of the “Greece 2.0” Plan, at the same time that price hikes and the energy crisis are already gnawing at the prospects of GDP by 1-2 percentage points. According to information, the time is counting down for the disbursement of the first installment from the Recovery Fund. The amount of 3.56 billion. Euros (1.72 billion euros in subsidies and 1.84 billion euros in loans) may arrive before Easter, while several programs are already “running” with the main focus on small and medium-sized enterprises and infrastructure.

The news was also given by the Deputy Minister Theodoros Skylakakis at the two-day OT Forum, last week. He stressed that Greece will receive the first money from the Recovery Fund within the next 15-20 days, as he noted “we went through the last process”. The first cycle will be private household investments and among them a more ambitious “I save” program. The Minister at the OT Forum explained that this is the current cycle, where in the end twice as many citizens will join in relation to the initial goal. From there, he said, there will be calls for agricultural investment, digital upgrades for small and medium-sized enterprises, training programs and some public works. Mr. Skylakakis added that in total the small and medium enterprises will receive 1.5 billion euros, with the largest part being given this year, while he estimated that it will be absorbed in 2-2.5 years.

Changes in the design of the Fund?

Asked if there would be a review of the Recovery Fund due to the developments, Mr. Skylakakis noted that the “architecture of the Fund was well designed from the outset”, but did not rule out small changes, which will be discussed with Institutions due to the increase in project costs.

He said the government should not “touch” critical points, such as the digitization of the state, the “renovation” of Health by turning to prevention and the digitization of Education. In each case, they have seized it, despite obstacles we can scarcely imagine. Regarding the implementation of the plan, he stated that “We are moving forward with great speed. We are the third or fourth to receive an installment “, adding that about 400 million euros will be deducted from the next cycle. According to Mr. Skylakakis, Greece bases itself on 3 critical areas: First, the acceleration of the energy transition, second, the pricing of project costs, which is changing dramatically, and third, the need for smooth disbursements. In fact, he added that “We are one of the few countries which have good disbursements and the program and we must ensure that it continues.” He explained that there is no question of absorption as “The money is ours to the extent that we achieve the goals”. He reiterated that the “key” to the Recovery Fund is to absorb the funds, noting that out of the 27 countries, similar projects have been submitted for approval and only 8 (including the Greek one) have reached an operational agreement with the European Commission.

€ 500 million for investments in innovation and extroversion

A few days ago, the contract for the management by the Hellenic Development Bank of Investment of resources of the Recovery and Resilience Fund (RRF) was inked, amounting to 500 million euros, which is expected to leverage total funds over 2 billion euros in the Greek economy.

Under the agreement, a project will be implemented, entitled: “Recovery Fund: Equity Platform Instrument (Q-Equity & InnovateNow)”, to create a Fund of Funds (FoF) for equity financing or quasi-equity (quasi- equity), targeting the most dynamic and rapidly growing companies and sectors.

These are the creation of two modern financial tools, which aim at the promotion and support of digital technologies and systems, the capital strengthening of companies in the country, the increase of extroversion, competitiveness, production and commercial activity, the creation of new jobs. and general support for entrepreneurship and the economy. The first disbursement of funds, amounting to 150 million euros, for the implementation of the project, will be made within 20 days from the date of signing the contract.