US amb. Pyatt at OT Forum: Greece on ‘right side of history’ in decision to support Ukraine 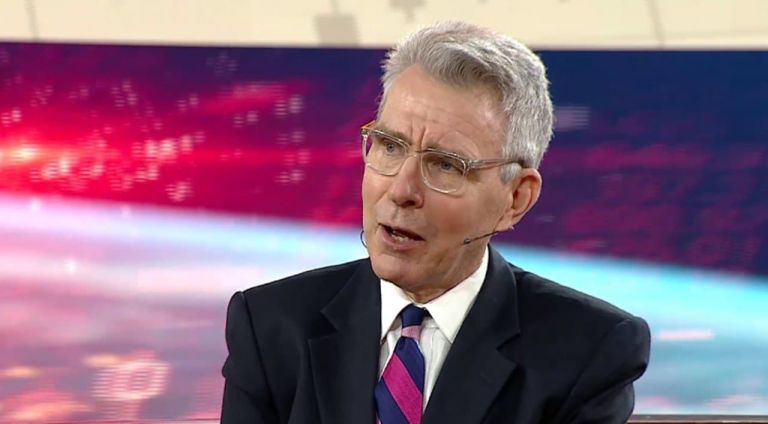 Outgoing US ambassador to Greece Geoffrey Pyatt participated at the inaugural OT Forum on Tuesday, explaining the official US viewpoint vis-à-vis the ongoing Russian invasion of Ukraine and its repercussions.

Pyatt, who is widely regarded as playing a crucial role in achieving now very tight Greece-US ties, is also noteworthy, given the fact that his previous diplomatic posting – prior to Athens – was as the American ambassador to Ukraine – and during the so-called Maidan Revolution, no less.

In his first responses to press questions, Pyatt said he was particularly proud of the cooperation he enjoyed with the Greek government, adding that Greece has stood on the “right side” of history in terms of the war in Ukraine.

In echoing official US policy, Pyatt said the conflict now is a struggle between democracy and authoritarianism, with Ukrainian today fighting for democracy and to enjoy the same fundamental rights as the “Free World”.

He said US President Joe Biden has unified the free world in defense of these principles, ones that are now threatened in a manner not seen in decades.

Additionally, he said he was not surprised at all by the resistance put forth by the Ukrainian military and civilian volunteers.

Asked if Russian president Vladimir Putin is a “war criminal”, Pyatt used Biden’s statements, namely, that the former’s behavior is that of a war criminal, something that international tribunals have the jurisdiction in investigating.

The inaugural OT Forum is being held on Tuesday and Wednesday at the historic old Athens Stock Exchange building in downtown Athens.