The PM stressed that the twin energy and inflationary crises are a global phenomenon and that there should be a coordinated EU-wide approach in dealing with them. 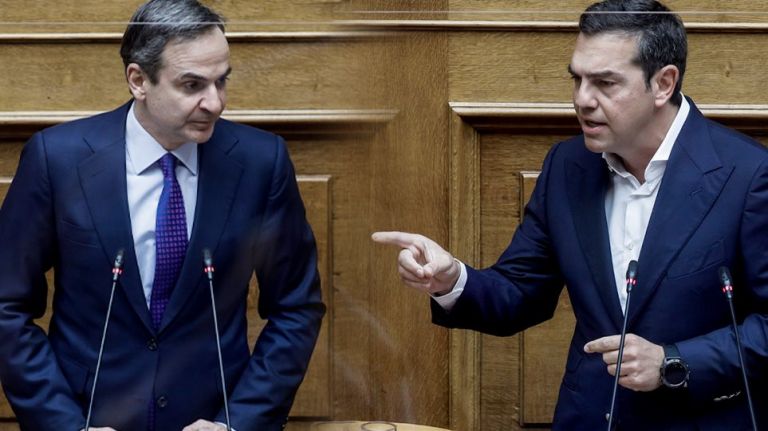 Ruling New Democracy has lost ground in a Metron Analysis poll presented by Mega television, largely due to the country’s economic situation and an inflationary tsunami – with skyrocketing energy and food costs – that has battered Greek households and fueled a pervasive sense of social desperation.

Centre-left KINAL (PASOK), which has drawn voters from both ND and SYRIZA since the election of its new leader, Nikos Androulakis in December, 2021, appears to have reached a plateau, garnering 13.2 percent (a 1.3 percentage point decline in one month).

Both ND and SYRIZA are fiercely vying for the centrist base of KINAL, which appears to be enduring the pressure well so far.

The sharp price hikes on basic goods has made it exceptionally difficult for families to make ends meet and a large segment of the public is blaming the government for doing too little, despite emergency measures such as fuel subsidies.

While opposition parties are calling for a hike in social spending, the government is signaling that support offered to households and businesses to weather the pandemic has nearly exhausted its fiscal space.

Main opposition SYRIZA is also lambasting the government over its handling of the COVID-19 pandemic due to the high death rate – over 27,000 deaths in a 10.4mn population – and over its reluctance to hire large numbers of doctors and nurses needed by a National Health System which has exceeded its limits in the last two years, which have completely exhausted hospital doctors and healthcare workers.

Data released by the National Public Health Organisation indicated that a whopping 16,000 COVID-19 patients died in beds outside of ICUs, and that triggered an intense parliamentary debate in which Health Minister Thanos Plevris confirmed the number but asserted that there was no “indication for [necessary ICU] admission” of these patients.

Meanwhile, the media and political and economic analysts are ringing alarm bells over the rise in public debt, and are warning that the prospect of a return to the troubles of the decade-long economic crisis is not as outlandish as it may have seemed until recently.

They attribute this prospect to the cumulative, explosive mixture of the lingering repercussions of the decade-long economic crisis, the pandemic crisis, and the current twin energy and inflationary crises, which they argue could spell disaster if not managed with fiscal discipline.

The underpinning of the criticism is the pervasive sense in public dialogue that snap elections are a distinct possibility and that the government is going overboard with pre-electoral handouts.

He stressed that the twin energy and inflationary crises are a global phenomenon, that there should be a coordinated EU-wide approach in dealing with them, and that his government is exhausting its fiscal capabilities to assist an economically sorely challenged citizenry.

Finance Minister Christos Staikouras conceded in Parliament that the public debt increase and the widening of the credit spread, that raises the cost of borrowing, is of concern.

In an interview with Newsbomb.gr, Staikouras said that since 1 January Greece has borrowed three billion euros from the markets, one-quarter of the planned 12bn in for 2022.

Although the borrowing plan appears to be on track, with the ten-year bond offering a substantial 2.7 percent yield (due to skyrocketing inflation) and with the ECB eyeing an interest rate hike, this is not considered an opportune moment for new bond issues.

Compared to one year ago, 56 percent of respondents said that their personal economic situation is worse, while in November, 2021, it was only 37 percent.

The sharp rise is largely attributable to the very large and rapid hike in energy and food prices.