The fire brigade officer said that “unfortunately the messages are unpleasant, pieces of flesh have been found”. 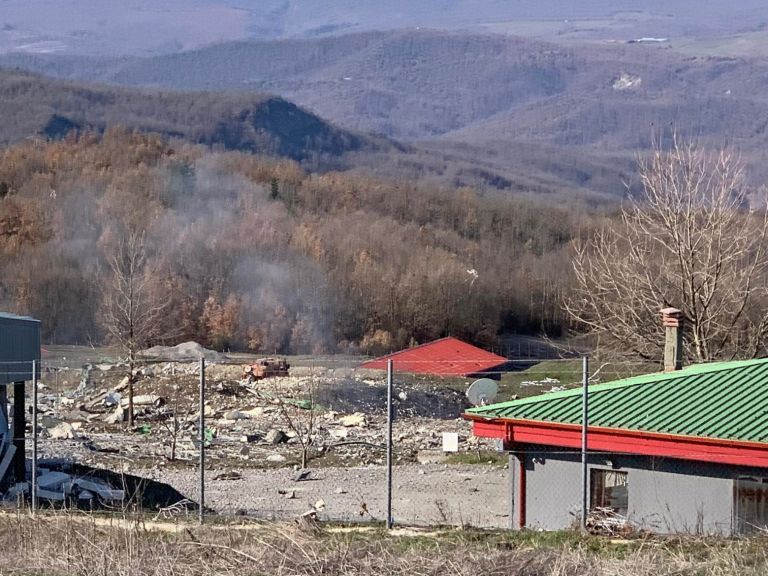 The area of ​​the ammunition factory in Grevena has become a lunar landscape, after an explosion, which occurred in the morning, leveled it. Information states that 3 people are missing while two people have been injured, with the head of the fire brigade at the scene, estimating that “unfortunately the messages are unpleasant”.

“The whole production unit has been destroyed. “There is no fire, it is a place of carnage,” said Brigadier General A. Kalaidopoulos.
Asked by OPEN channel about the missing, he said that “what we were told was that 3 people are missing. They are employees who had come at 8 in the morning to prepare the work, to start the operation unit “.

According to the officer of the Fire Brigade, the explosion was so big that “we have boulders that have moved 200-300 meters”.

“Pieces of flesh have been found”

In a new question about the fate of the missing after the explosion, the fire officer clarified that “not all the workers had gone” to the factory, then added “unfortunately the messages are unpleasant, pieces of flesh have been found”.

Regarding the injured, the fire brigade said that “a guard was taken away in a state of shock,” while he added that “there is no burden on the environment at this time”.

The condition of the injured

According to the commander of the Grevena hospital Eftychia Kapatou who spoke to state news agency AMNA, the guard’s health condition does not inspire concern while he has been provided with first aid.

At the scene of the explosion are vehicles of the Fire Brigade and the Police as well as ambulances of EKAB. For security reasons access to the site has been blocked.

Mr. Dimitris Palegas, a resident of Itea, Grevena, said in the same source, that “the explosion was so strong and we felt our land and our houses shaking like in the 1995 earthquake”.

The mayor of Grevena, Mr. George Dastamanis, stated that the explosion was heard in the city while its sound reached the Municipality of Deskati, Grevena and Aiani, Kozani. Some facilities of the factory that produced explosives for security reasons are underground while according to the fire officer located at the point “the factory has been transformed into an amorphous mass of rubble and iron”.

Two of the three missing workers are from the village of Dimitra and the town of Grevena, while the third is from a village in Kozani.