How the North Aegean will adapt to climate change 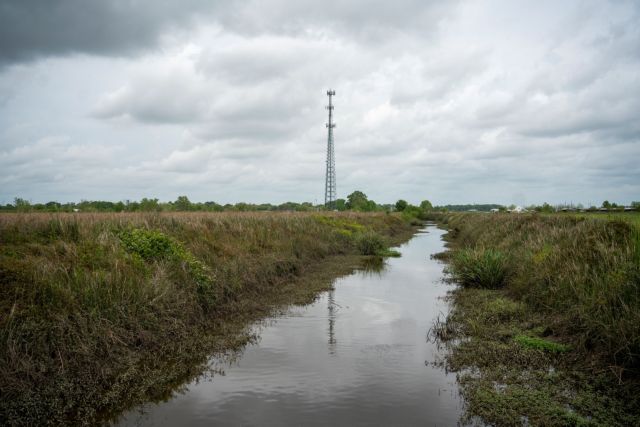 The first North Aegean Regional Climate Change Adaptation Plan is a general text, without an in-depth analysis of the sectoral policies and measures to be adopted. The plan has received environmental approval from the Ministries of Environment and Infrastructure. A few days ago, the relevant Joint Ministerial Decision (JMD) was published – after an evaluation of the Strategic Environmental Impact Assessment (SEA) – which gives the “green light” to the Plan that describes in detail the man-made and natural environment of the North Aegean islands, environmental problems and climate change that may occur due to the climate crisis and examines how climate change will affect important productive sectors of the region (tourism, agriculture, fisheries, energy, etc.), the built environment and its natural wealth .

However, the measures proposed are general, without specifying specific areas (with a few exceptions), for which detailed measures are proposed for land use, arbitrary construction, etc. In any case, for land use in the North Aegean islands it is proposed to give priority to the preservation of the integrity of coastal ecosystems and landscapes and the geomorphology of coastal zones. For this purpose, the design and development of protection zones between the coastal and the residential development zone and the discouragement of residential and business development in coastal areas that face serious risks of erosion, as well as the prohibition of land uses (where necessary) in specific coastal areas are considered important. endangered areas.

In addition, if climate change adaptation necessitates the abandonment of immediately endangered coastal areas, and the relocation of buildings and facilities to safer and higher locations, such changes (potential changes of use and activities and updating) should be considered. In this case, for the new location of the various activities of the primary, secondary and tertiary sector but also other polluting activities, the definition of protection zones of water intake works for drinking water pumping should be taken into account.

It is also proposed to develop a long-term strategy for the renovation of publicly owned buildings and a roadmap with measures and measurable progress indicators, to reduce greenhouse gas emissions, in order to achieve a high-energy building stock and to facilitate the conversion of economically efficient buildings. with almost zero energy consumption. After recording the building stock and identifying the priority areas, the most energy-intensive existing public buildings will be identified, whose energy upgrade should be combined with their renovation needs.

However, in the environmental approval of the North Aegean region, special reference is made to the river Tsiknia of Lesvos. In particular, it is pointed out to correct the proposed flood protection project for the construction of Tsiknia dam (a water supply project), before the approval of the Plan. It is proposed to correlate the proposed diversion of the Acheron stream to Tsiknias with the forecasts of the Tsiknia dam study,  and the possible increase of the probability of flood in the area of ​​Skala Kalloni. In the context of the implementation of the project, special attention should be paid due to the existence of the necropolis of the ancient city of Arisvi. For this reason, the relevant studies should be submitted, among others, to the Ephorate of Antiquities of Lesvos.

The delimitation of the watercourses should be done in such a way that it does not require settlement with coverage of their parts, or intense interventions, which imply their serious environmental degradation, such as lining their cross section with concrete, alignment of extended sections (elimination) etc. . It is also proposed to establish a protection zone of streams 50 meters wide from the shores and on both sides, in all streams that cross the Natura 2000 area.

For tourism, among other things, the modernization of existing very small, small and medium tourism enterprises in the North Aegean Region is proposed, with emphasis on energy and upgrading of buildings in order to adapt them to climate change and improve the thermal conditions in the environment. In addition, guidelines for measures for the proper management of water and forests, the protection of biodiversity and wetlands, ensuring the stability of electricity, the protection of cultural heritage sites, flood risk management, landslides and erosion, transport, etc. are proposed. In general, within the framework of the Plan, operation of national defense service facilities in any of its areas or zones.

Ten inhabited islands belong to the North Aegean Region, of which five are large in area (Lesvos, Chios, Samos, Lemnos, Ikaria) and five smaller ones (Agios Efstratios, Oinousses, Psara, Fourni, Thymaina) as well as many uninhabited islands and number of islets. The environmental approval of the Regional Plan for Adaptation to Climate Change of the North Aegean – is expected to follow in the next period and the approvals for the remaining 12 Regions.

It is noteworthy that the European Commission had approved the EU strategy on Adaptation to Climate Change in April 2013. In 2015, the text of the National Strategy for Adaptation to Climate Change (NCSR) was put to public consultation. In 2016, it was approved while the procedures for the preparation and approval of PESPKA were also institutionalized. A year later, their content was specialized by ministerial decision and they began to be prepared.