Copelouzos Group to finance the electricity interconnection between Greece and Egypt

The investment for the transfer of 3 GW of green energy in our country and the EU is estimated at 3.5 billion euros and the cable will follow a 954 km route from the El Sallum area to South Makri 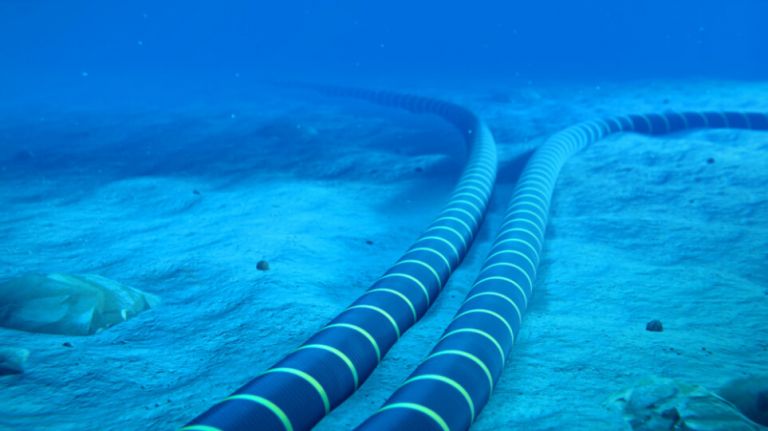 The project of the company ELIKA SA of the Copelouzos group is supported by the governments of Egypt and Greece for the interconnection of the electricity transmission systems of the two countries.

This was made known yesterday by the businessman, Mr. Dimitris Copelouzos, after the teleconference between the Greek Prime Minister, Mr. Kyriakos Mitsotakis, and the Egyptian President, Mr. Abdel Fattah Al-Sisi, during which the President of the European Investment Bank, Mr. Werner Hoyer, also participated. The licensing and other administrative procedures of the mega green energy transfer project will be accelerated, according to the group’s shareholder, due to the reversals caused by the developments of the Ukrainian issue in Europe’s energy efficiency.

During a press briefing, Mr. Copelouzos also noted that “the submarine double cable will follow a 954 km route from the El Sallum area to South Makri, bypassing the Libyan EEZ in order to address the geopolitical challenges in the region”. The estimated investment is 3,569 billion euros and the cable capacity is 3 GW.

The project, which has been submitted for funding as a project of strategic importance for the EU (PCI), is expected to be ready to be electrified by the beginning of summer 2026 and to transfer “green” energy from RES systems of Egypt. These are wind and solar panels with a total capacity of 61 GW that will be developed by 2035.

According to Mr. Dimitris Copelouzos, “the electrical interconnection of the two countries is based on an idea of the company ELIKA, in 2008, that had been presented to the then Egyptian government with the aim of exporting electricity from Greece. The Muslim revolution intervened and the discussions broke down, but, finally, the project returned to the table with the aim of importing electricity from the RES of Egypt to Greece and the EU “.

The project contributes to the achievement of the Green Deal set by the EU member states for the reduction of air pollutant emissions, with the businessman stressing that “the consumption of the Egyptian market is now covered by natural gas plants and, therefore, there is the possibility of exporting cheap clean energy”. He also noted the economic benefit for Greek and European consumption, as auctions in the Egyptian market fix the RES aid prices at 17 euros/MWh, when the respective RAE tender procedures were closed last year at prices of 37 euros/MWh.

From the 3 GW that will reach our country, electricity quantities of 1 GW will continue to the EU networks, domestic industries will have at their disposal 1 GW and the remaining 1 GW will be used for the production of “green” hydrogen, with the majority of its quantities also going out of our country.

The design of the technical project of the electricity interconnection is run by the Independent Power Transmission Operator (IPTO) and EETC, the two Electricity Transmission Operators of the two countries, while Mr. Copelouzos, when asked whether both Operators will participate in the project, responded positively, adding that the project is open to other investors, as well.

The electricity interconnection will be financed, as Mr. Copelouzos said, by a group of Greek banks and the EIB.

The Copelouzos Group is also moving dynamically to the new front of energy investments in our country, the offshore wind farms.

During yesterday’s press briefing, the CEO of the company ELIKA, Mr. Ioannis Karydas, made it known that the group has for years been licensed for marine wind farms with a fixed base of 216 MW off Alexandroupolis. This capacity will be upgraded to 300 MW. In addition, these licenses are combined with those of RF Energy with a capacity of 500 MW offshore Lemnos in a joint company “Aegean wind” with the two companies building a strong position in the new RES sector in our country.