Ukraine: What could a military engagement cost Greece?

The port of Alexandroupolis, the Souda base, Russian inconvenience and EU and NATO commitments 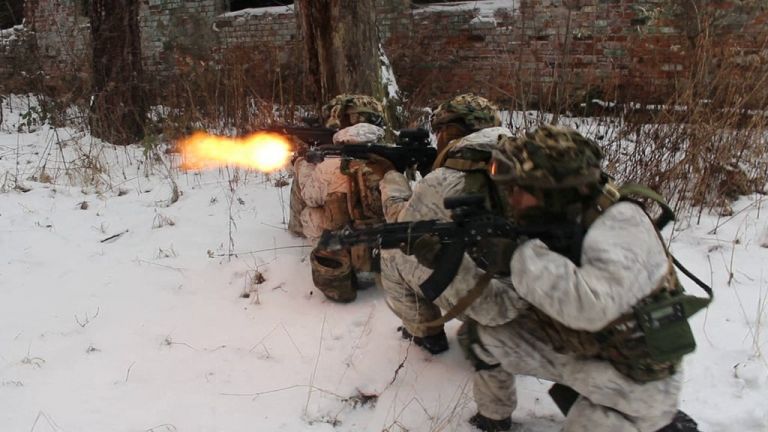 The Greek government is trying deal with a confounding conundrum on the Ukrainian issue. Any military flareup in Ukraine, as the West anticipates, will essentially put Greece between the US and Russia and, in essence, will dangerously disrupt the relations between Athens and Moscow.

After all, the difficulty of Greece maneuvering and through a Moscow-Washington conflict is reflected in the essentially non-existent public debate on Greece’s position in such a conflict.

After all, the political leadership are extremely laconic in their reports on this issue and are limited to wishes for “de-escalation“. However, some basic lines have become apparent about how the government is already moving and intends to move in the future.

These were reflected in the content of the recent telephone conversation that Kyriakos Mitsotakis had with Olaf Scholz but also in what the Greek Prime Minister said in his joint statements with his Croatian counterpart in Zagreb.

The triptych that the Greek government wants to follow in the Ukrainian crisis is roughly as follows: Unified stance and unity with EU – NATO, open channels with Russia, respect for the territorial integrity of Ukraine.

What this might mean in practice is highly debatable, as reality often brings these three positions into conflict.

“Greece is a member of the EU and NATO. It is bound by the decisions taken by these organizations. But we always emphasize to all our interlocutors that we consider the maintenance of communication channels and an ongoing dialogue with Russia necessary. We believe that Russia is an integral part of Europe’s wider security architecture. And these will be discussed extensively during these contacts,” stressed the representative of the Ministry of Foreign Affairs, Alexandros Papaioannou, during the briefing of the diplomatic correspondents on February 9.

Dendias in Moscow on February 18

About two weeks ago, Nikos Dendias was in Mariupol and Sartana where he had contacts with representatives of the Greek community and in his telephone conversation with the Ukrainian Foreign Minister expressed his support to Kiev. It is pointed out that the Greek community exceeds 100,000 citizens in the region and are essentially at the main geographical locus of tension in Ukraine.

On Friday, February 18, Nikos Dendias will travel to Moscow at the invitation of Sergei Lavrov and will hold talks with his Russian counterpart on his third consecutive visit to Russia in the last two years. It is recalled that Kyriakos Mitsotakis had visited Vladimir Putin in Sochi in early December and had a telephone conversation with Russian Prime Minister Misoustin in late 2021.

The Russian annoyance about the role of Alexandroupolis in US plans

The message for de-escalation, say diplomatic sources, is being conveyed by Greece to all sides and not just Russia. However, when the conflict reaches extremes, it is a question of whether Greece, on the one hand, can keep its “commitments” to the West and, on the other, have an open channel of communication with Russia.

It is typical of the difficulty that Greece has and the answer of the representative of Foreign Minister Mr. Papaioannou to the question what is the Greek answer to Lavrov’s letter in which he asks the OSCE states to answer how they will serve in practice the clause “each member state should not enhance its own security to the detriment of the security of others. I can not comment on the internal correspondence between states,” Mr. Papaioannou said.

At issue at the moment is the fact that Russia is annoyed by the facilitations given in recent years to the landing of US and NATO troops in Eastern Europe and Ukraine through the port of Alexandroupolis, through which, like Jeffrey Payat himself has stressed the largest transfer of military equipment to the Balkans. 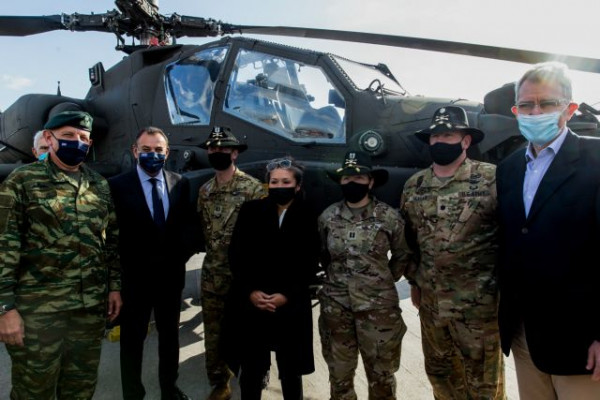 Sergei Lavrov had expressed his dissatisfaction with the issue and had recently raised the issue diplomatically, saying that the Americans were using the port of Alexandroupolis to threaten Russia’s security.

that “I understand that Greece is a member of NATO, and he EU. But we also see that Greece does not want to follow the path of worsening anti-Russian sanctions, Greece in principle does not feel satisfied with what is happening now between the West and the Russian Federation. We trust our Greek friends with their wisdom will make the choice that corresponds to their beliefs.”

In fact, the issue was discussed in a telephone conversation between Dendias and Lavrov in January, and referring to this conversation, the Russian Foreign Minister stressed: “Yes, we raised the issue of new steps taken in Greek-American relations to strengthen the status of Alexandroupolis for the purposes of the US Navy and yes, of course, we read in what directions the Americans will use this port “.

However, it is not only the port of Alexandroupolis that bothers the Russians, as Alexandroupolis has become a “new Souda” after the five-year renewal of US-Greek military cooperation and provides, according to secretary of state Blinken himself, indefinite stay in Greece.

It is also the base in Souda, where US spy planes (eg USAF RC-135V) continue to take off daily from Souda to the Black Sea and Crimea to collect data on the movements of the Russian Armed Forces in the region. “It is also said that the presence of NATO ships in the Aegean has increased, controlling the movements of Russian warships moving from the Red Sea and the Eastern Mediterranean, through the Straits to the Black Sea.”

Meanwhile, according to communist party daily “Rizospastis”, the US Department of Defense is looking to soon hire another giant cargo ship to transport, among other things wheeled and tracked vehicles. The port of loading is designated as Charleston, South Carolina and the delivery point is Alexandroupolis, with a planned loading and unloading period of the new military cargo that they want to transfer to the border with Russia, through the Evros region, in March.

It should be noted that, recently, Geoffrey Pyatt had stated that “Alexandroupolis has emerged as a key logistics hub, especially for the army in Europe, for the movement of forces and resources to and from the southeast side of NATO.”

In fact, the US use of Souda and Alexandroupolis in their confrontation with Russia is not a secret and the Americans themselves do not hide it.

Michael Carpenter, a close associate of US President Joe Biden and US Permanent Representative to the Organization for Security and Co-operation in Europe (OSCE) answering a question from Kathimerini newspaper on “What could Greece be called upon to contribute to the joint effort (of NATO),” answered:

“We will take care to strengthen our deterrent power together with our Greek friends. And, you know, it is no secret that the Gulf of Souda is one of our main strategic advantages that we can use. ”

He also referred to the role of Alexandroupolis, stressing that “Greek-American cooperation aims to bring the two countries closer to our defense alliance, which is NATO” and commenting on the objections raised by the Russian side and Sergei Lavrov noted :

“Alexandroupolis is a key hub in the energy network in Eastern and Southeastern Europe. I do not have anything to say about Alexandroupolis, but Greece and the USA are so closely linked in so many different areas, in the Air Force, in the Navy, in the land forces. We are talking about a very, very close cooperation. If Mr. Lavrov does not like this, what can we do?”

It is noted that in an interview with the newspaper “Ta Nea”, Admiral R. Bauer, chairman of the NATO Military Committee, when asked about the use of Alexandroupolis and Souda in case of escalation with Russia, notes: “We fully recognize the important strategic advantages of Greece, but I think it is wise not to talk publicly about possible tactical moves.”

While the former Supreme Commander of NATO in Europe, J. Stavridis, answering the same question, also in “Nea”, noted that “Greece is a vital member of the Alliance (…) It participated decisively in its operations (…) I am sure that this will continue”.

Concern to be felt by countries conceding their territory

The Russian ambassador to Athens, Maslov, said in an interview about Russian concerns about the role of Alexandroupolis and the Greek assistance to the Americans that “the” concern “you are asking about should be felt” by the countries which concede their territory for use as a transit station, for the purpose of transporting personnel, equipment and technical means in SE Europe, to the border with Russia. In the past the countries of the region more responsibly and calmly assessed the potential consequences for themselves arising from similar steps.”

The Foreign Ministry spokesman was asked on Wednesday whether more facilities had been requested from the Americans for the use of Souda and Alexandroupolis for the transfer of military forces to Ukraine, and stated that they had no jurisdiction and ignored any relevant request.

However, while two years ago, the Minister of Defense Nikos Panagiotopoulos, welcoming the American Lieutenant General Christopher Kavoli at the Evelpidon School, stated that “our men bled next to American soldiers in the wars in which we participated, and this will happen in the future as well!” and today the Americans speak with the best words about the military role of Souda and Alexandroupolis in their confrontation with Russia, Athens and Moscow have declared 2022 the year of Greek-Russian history…