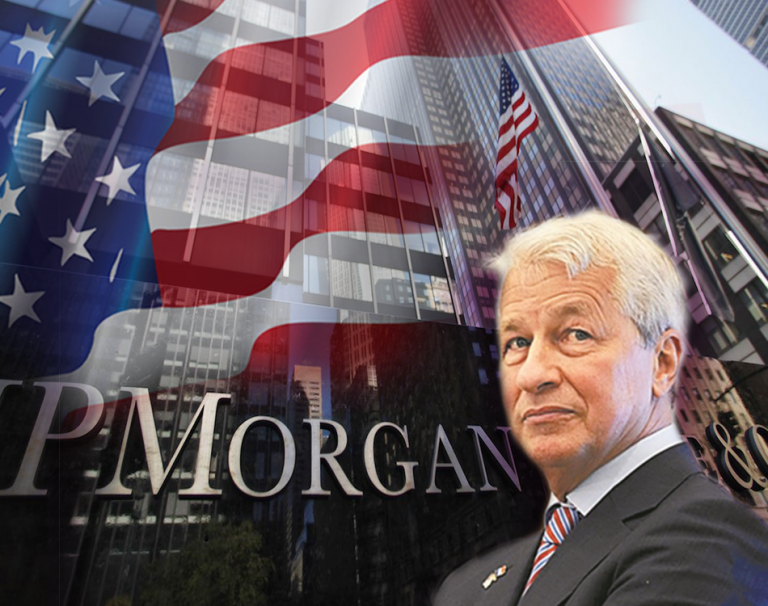 Athens was chosen by JP Morgan, the most important bank in the global financial system, to create a research and technology center, which will be the basis for the development of its digital operations in Europe and for the support of its internal structures.

The American group, after many months of negotiations, agreed with Viva Wallet, the first Neobank in Europe with a presence in 23 countries, to acquire 49% of its shares.

The remaining 51%, as well as the management, remains with the co-founders of the Greek company, Haris Karonis and Makis Antipas. Although the amount of the price is not known, according to some sources it is higher than 700 million euros.

Speaking to “Vima tis Kyriakis”, after the meetings he had last week with the Prime Minister Kyriakos Mitsotakis, the CEO of JP Morgan Jamie Dimon said he was proud of his Greek origin and happy to be in Athens.

As he noted, “I am excited about the progress that Greece has made in recent years, having a stable and strong political leadership.”

He added that “it is particularly gratifying to see the Greek market grow so strong, having talent in the fields of technology and engineering. The Viva team is a proof of that. ”

Referring to the investment of JP Morgan in our country, he stated that “we aim at the further development of talents locally in Greece, focusing on cryptography, Blockchain, artificial intelligence and machine learning, as we already do in model technology centers we have created in other parts of the world. ”

In the private discussions that Mr. Dimon had, both at the Maximos Mansion

and during a lunch he gave to representatives of the domestic business community, issues of the international economy were analyzed, such as the energy crisis and inflation, the course of interest rates and investments. The main macroeconomic risks, given the increased geopolitical tensions today, were also discussed.

A link for giants

According to banking sources, JP Morgan’s goal is clear. Through Viva, which provides services in 23 countries in 19 different languages ​​and 10 currencies, it will seek to strengthen its presence in Europe in the field of digital payments.

The same circles point out that through its investment, the American group will be able to offer its customers around the world, including giant companies, the opportunity to operate in e-commerce simultaneously in many local markets, making use, however, of a complete and unified platform, which will be guaranteed by JP Morgan.

At the same time, it will take advantage of the Greek talent for the development of a research and technology center, which will serve all of its work internationally. This will be staffed with new personnel, properly trained, which will increase along with the needs. It is noted that the American group currently has two hubs in Israel and Argentina, which employ 300 and 2,000 people respectively.

Development of a single block of registers

One of the main missions of the Greek hub will be the development of a single block of registers, which will include many different databases and will allow the flow of information throughout the chain with speed and security, using cryptographic methods. This is the technology on which cryptocurrencies are based.

After all, JP Morgan also has its own currency in this category (crypto token), which is fully covered by its assets.

According to sources familiar with the structure of the multinational, the new center in Greece will contribute catalytically to the completion of the project and the use of JP Morgan’s currency in electronic transactions sometime in the future.

Recruitment starts in the next period

JP Morgan has made plans to expand its office in Athens, which will be moved to another, larger space very soon. This is partly because in the next period recruitments will be made, which may reach up to 50 in the first phase, in order to support the whole project.

The head of JP Morgan in Greece, Cyprus and Malta is Stelios Papadopoulos, former president of the Public Debt Management Organization, whose contribution was crucial for the completion of the deal with Viva Wallet. He is an executive with a deep knowledge of the European and Greek financial domain, who has become accustomed to the role of the “invisible protagonist”.

It is not coincidental that he twice managed to unlock the markets for the Greek State during the period of the memoranda.

The first in 2014, after almost four years of the country’s absence from the international system, and the second in 2017, when the Public Debt Management Organization proceeded to issue a government bond about two years after the collapse of trust that followed the political change of 2015.