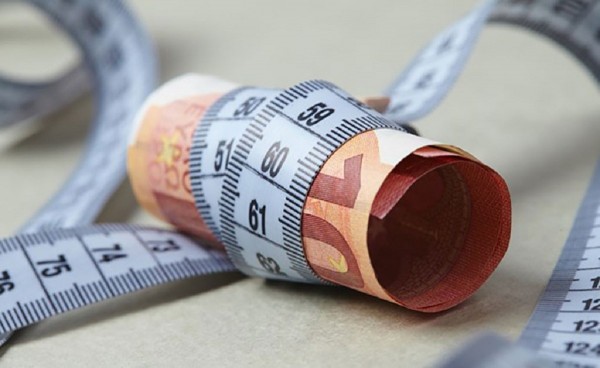 The pandemic and the effects under scrutiny – Within the week the new package against the increases in electricity prices – What the information says, who will be affected and how much will be “cut” from the increased costsSHARE

In the shadow of the Omicron and the energy crisis, meetings are being held in government and financial staff with the twin threat being the catalyst for new emergency economic measures.

Initially, the government – and specifically the Ministry of Environment and Energy –  is expected, if all goes as planned, to announce on Wednesday the package of financial support to households and businesses regarding the increases in electricity and gas prices.

The horizontal subsidies that were implemented until December will no longer apply. According to the information, a targeted subsidy mechanism is being implemented, with criteria that are to be clarified within the week. Sources emphasize that there will be special care for the most vulnerable. The goal is to absorb 80% of the burden on the cost of electricity and it is expected that there will be support in principle in the main residence.

At the same time, after the first package of measures announced last week – with the main focus on the protection of workers (suspension of contracts, etc.) after the extraordinary restrictions announced by the government – there are new packages depending on the developments on the health front, the which will affect affected sectors.

A few days ago, the Minister of Environment, Costas Skrekas, had stated that the goal is to absorb 80% of the burden on the cost of electricity, so that an average household does not see more than 15% -20% maximum increases. For natural gas, he noted that the bills that will come from now on and concern clearing accounts and consumption November – December. For October and November the discount is 15% and from December it will be 40%. He also noted that it is a fact that “we accept suggestions, and we consider scenarios, because the resources (…) are limited to support the family home first, so that the households do not freeze during the winter”.

Costas Skrekas also clarified that “any support to companies must first go through the European Competition Commission to get approval because otherwise it is illegal. Our goal is to support all businesses, whether low, medium or high voltage,” he said.

Market, businesses (mainly in entertainment and tourism), but also employees have in front of them a difficult month that will be judged by the course of health indicators and therefore in the need for the government to take stricter restrictive measures.

At yesterday’s meeting that took place at the Maximos Mansion, the direct discussion for the taking of new measures is not apparent at the moment. The focus should be on today’s meeting of the Committee of Infectious Diseases, during which the issue of the opening of schools on January 10 will be discussed.

The government says that the phenomenon is dynamic and the economic measures will be adjusted according to the needs imposed by the developments. At the table there are suggestions and proposals such as extensions of tax liabilities, the “haircut” of repayable advances and rents. Any decisions that are expected to be announced gradually and in the first phase will target the immediate support measures to the affected sectors and employees if there is an extension of the restrictive measures.

The financial staff is focused on the “scary” developments that the health data brings forth by laying all the possible scenarios on the table. At the same time, under the microscope is inflation and its impact on consumption and business turnover in combination with the constraints imposed by the health crisis.

The outbreak is inevitably disrupting economic activity and businesses – and especially professionals in the entertainment and tourism sectors – who are watching with bated breath the government moves as the Omicron mutation blazes away.

The red alarm due to the high uncertainty was sounded by the financial staff under the fear of possibly curtailing the prospects of 2022 (forecasts for growth of 4.5%). At the moment it is not possible to calculate the degree of impact on the economy and therefore the cost. The Ministry of Finance has declared war and is recording the data, obtaining a clearer picture within two weeks when the needs in the economy will have been gauged. The special Covid state reserve amounts to 1 billion euros and -depending on developments- it may be necessary to increase it and turn to the strong cash cushion of about 32 billion euros.

The unstable factor of mutations and the present Omicron variant has put the relevant officials of the ministry on alert with the hope that vaccines and drugs will reduce the threat in the coming months. “Every month that cuts back from the course of 2022 is important”, pundits emphasize and the focus is on the revenues of the coming months and whether the positive image so far will continue.