Cloudy future for the cruise industry 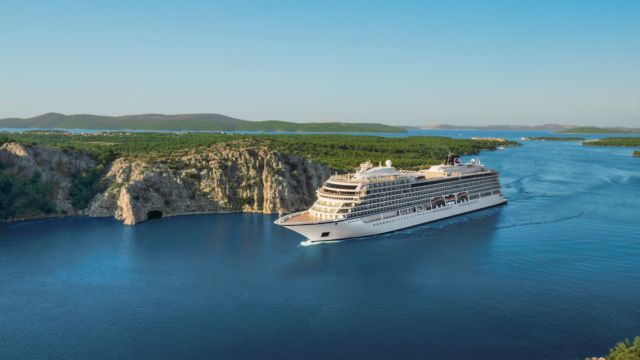 Travel canceled, passengers quarantined – The start of the new season seems to be delayed due to the Omicron mutation

The shadow of the Omicron variant falls heavily on the cruise industry, with dozens of cases being found on cruise ships sailing in the Caribbean and other parts of the world. Cruise companies were forced to modify voyages, cancel cruises, and in many cases travel was cut short and ships returned to their ports of departure. At the same time, thousands of passengers were quarantined and medical protocols are being re-examined.

In Greece, what has been observed in recent days is a stagnation in new bookings, according to the president of the Association of Cruise Shipowners and Shipping Agencies (EEKFN), George Koumpenas. Speaking to “NEA” newspaper, he estimates that after the festive period of the New Year and if the epidemiological data improve, the bookings will “stir” again.

A little more pessimistic is the honorary president of EEKFN, Theodoros Kontes, who speaking to “NEA” states that it is possible that there will be travel cancellations, especially in the first days of March. Already, he says, tour operators from Britain, Switzerland and, in part, Germany are suspending new bookings or canceling older ones for the first cruise in the eastern Mediterranean in general.

The situation worries the industry worldwide. Indicatively, the cruise companies Cunard and P&O became the first to require mandatory vaccines against Covid-19 plus protection with booster vaccines, after the rapid spread of the “Micron” variant around the world.

According to international media, all passengers intending to board Queen Mary 2 on January 14 were informed by a letter from Cunard that in order to travel “they must have been fully vaccinated with booster at least seven days before the trip”. In addition, the letter states that all passengers will be required to take a negative Covid-19 test before boarding.

Carnival Cruise Line, understanding the plight of passengers, has decided to offer passengers a rescheduling or cancellation of booked cruises from now until January 14th without paying for cancellations and having a full refund.

More than 60 cruise ships have been turned over to surveillance and research by US health authorities because of cases of the new coronavirus in them, according to the Centers for Disease Control and Prevention (CDC). U.S. public health. These sixty ships have exceeded the “limit” set by the CDC to launch an investigation.

According to the Washington Post, several of these ships were barred from docking in various Caribbean and Mexican ports. A typical example is the Holland America Line Koningsdam cruise ship, which was forced to leave Puerto Vallarta in Mexico on December 23, after the authorities refused to disembark the passengers due to Covid cases on the ship.

However, according to Mr. Conte, in addition to the US and Europe, ports have begun to close. Already in the Canary Islands they have reduced the number of ports that can reach cruise ships, while in Palma de Mallorca they have reduced the number of “mega” ships to one or two that received per day per port and now do not accept more than 1,500- 1,800 passengers per day.

Mr Condes does not rule out the possibility that Norway may be the first country in Europe to close its ports, noting that cruises have also been canceled in South Africa. In fact, it is characteristic that the Azamara Pursuit cruise ship that was hosted in Preveza and left for cruises in South Africa finally returns to Preveza as the trips were canceled.

On the other hand, Mr. Koubenas considers that in view of the new season the interest for cruises in our country remains very high, pointing out the need to improve the reservation system in the ports, in order to avoid the congestion that is usually observed during the approaches of ships. . The responsibility of the port authorities, he emphasizes, “is important so we can get some order”.