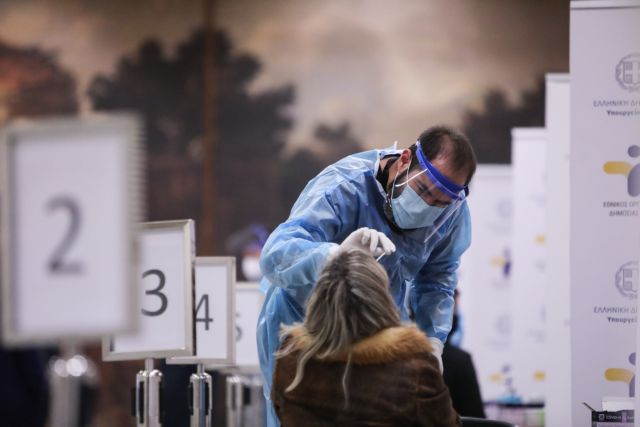 The Committee of Experts is due to convene tomorrow to consider whether the measures will take effect before January 3rd.

The Health Minister, Mr. Thanos Plevris, announced to the state broadcaster, ERT, that the authorities are waiting for more than 15,000 Covid cases, today, according to the Executive Agency for the Public Health Programme (PHEA).

In particular, Mr. Plevris stressed that, since Tuesday morning, 550,000 tests have already been performed, in which 15,000 cases were identified, with this number expected to increase as the hours go by.

He also announced that the Committee of Experts will convene again tomorrow to consider whether the measures will take effect before January 3rd.

Too many young people are sick

“A lot of young people are getting sick right now. And the number will increase in the coming days. So, if teenagers think that they are exposed to Covid-19, then they should not come in contact with their parents and grandparents as they are more vulnerable to Omicron variant,” declared the Health Minister.

He pointed out that in Attica there is a 200-300% increase in Omicron variant cases.

“It is clear that Omicron variant is the dominant one” stressed Mr. Thanos Plevris, noting that, within the next 10 days, the Omicron variant will be the only variant that “will concern us”.

However, he clarified that the Greek National Health System, at the moment, is under great pressure, due to the prevalence of the Omicron variant in Greece.

It is noted that the Omicron variant already reaches 70% of daily cases in recent days, in Attica. 9,284 cases were recorded on Monday.

Will the booster shot be compulsory?

The Health Minister pointed out that 30% of the cases of the last days have been identified from the self tests, calling on those who have been exposed to other Covid-19 cases or feel some discomfort to use them.