Government, experts on high alert as infections expected to reach 20,000, restrictions may be expedited 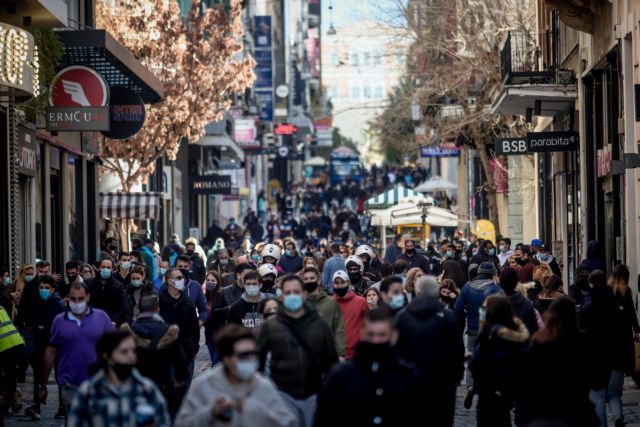 ‘A lot of young people are sick right now and will become even more ill in the coming days. If adolescents believe they have been exposed to the virus, they should not come into contact with their parents and grandparents,’ said Health Minister Thanos Plevris.

The government and the National Committee on COVID-19 are on high alert as the National Public Health Organisation (EODY) is expected to announce this afternoon around 20,000 infections confirmed in the last 24 hours.

For days, experts have been warning of an impending soar in the number of infections confirmed daily.

The government, which announced yesterday that a series of restrictions will take effect on 3 January, may decide to expedite the measures after the Committee convenes again tomorrow.

If restrictions take effect earlier, then essentially all citizens will have to celebrate New Year’s at home, unless the measures are revised.

Health Minister Thanos Plevris this morning told ERT that until that moment there were already 15,000 confirmed infections, with the numbers rising through the day.

“A lot of young people are sick right now and will become even more ill in the coming days. If adolescents believe they have been exposed to the virus, they should not come into contact with their parents and grandparents, as the Omicron variant is dangerous for people in older age brackets,” Plevris said.

Plevris said there is a 200-300 percent hike in the number of infections, which one did not see with the Delta variant.

“It is clear that the Omicron variant is predominant and that in the next ten days it will be “the only variant that concerns us,” he noted.

‘No additional pressure on NHS’

Plevris said that to date the National Health System has not been further pressured due to the prevalence of the Omicron variant in Greece.

He said that over the last days in Attica, the Omicron variant accounted for 70 percent of new daily infections. Yesterday, 9,284 new infections were announced.

About 50 percent of patients with new infections were age 39 or younger, while six percent were age 60 or older.

Plevris said that COVID-19 self-tests detected 30 percent of infections over recent days, and he called on individuals who think they may have symptoms to be tested.