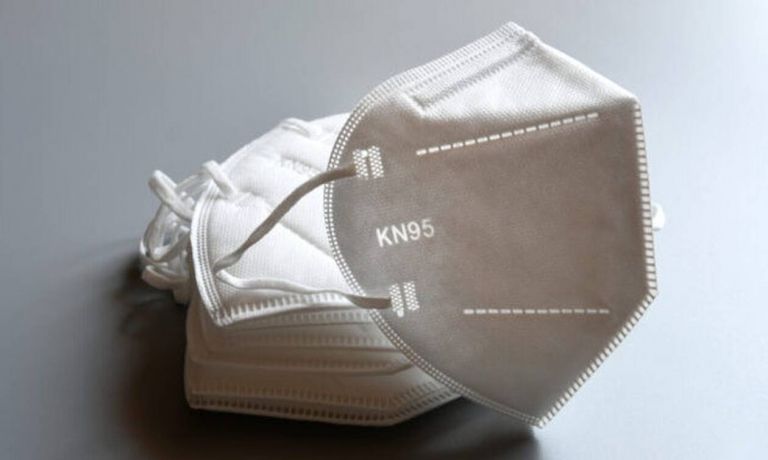 Strict market controls and very high fines are announced by the Ministry of Development for those who make a profit from the sale of KN95 or FFP2 type protective masks, as there are steep increases in their prices in the last hours after the announcement of the new measures that make these types of masks mandatory for a series of activities of the citizens in closed spaces such as the means of public transport or shopping in supermarkets.

Up to 20% increase in profit margin

Adonis Georgiadis in his statements actually talked about “mammoth” fines, if there is more than 20% profit margin in basic necessities, including the mask, compared to February 2020.

The Minister of Development spoke about phenomena of profiteering and spoke about fines that can reach up to one million euros.

“Until June 30, 2022, it is forbidden for essential items (food, masks, gloves, antiseptics) to have a profit margin greater than 20% over that in February 2020, ie before the start of the pandemic,” Mr. Georgiadis said.

In particular, on the issue of the revaluation of masks of increased protection, it is worth noting that their price has increased by 42% -43% as shown by specific stores and online market research conducted in recent hours.

It is also worth emphasizing the fact that, as reported, along with the huge price increases, there are shortages of this type of safety masks in pharmacies, while the fire received by the government and the relevant ministries for the fact that they announced such a measure before taking appropriate measures to prevent profiteering at the expense of citizens.

“Fine you will never see”
Mr. Georgiadis stated that these price increases are a crime and fines are imposed, calling on a specific businessman to “correct” the inflated prices.

“You will never see the fine that will come. He dared to go to Christmas, because Omicron came, to scratch the world. I advise him to catch up, because Monday is coming when the services are working and the fine will be secured. “They do not think that I will allow in the midst of this pandemic to exploit the need of the people,” he said characteristically.

While he returned via Twitter, sending a strong message again to those who try to reap the benefits by taking advantage of consumers in this situation, talking about a “fine that you have never seen before”

“I hope everyone takes my warning seriously,” the development minister wrote in his post.

What is the price of a ten piece package, now?

An online market research revealed that the 10 pieces of Famex FFP2 Particle Filtering Half NR Midnight Blue Protection Mask, which until December 22 were sold for 2.1 euros, from 24/12 the price has climbed to 3 euros (increase of 42.85 %).