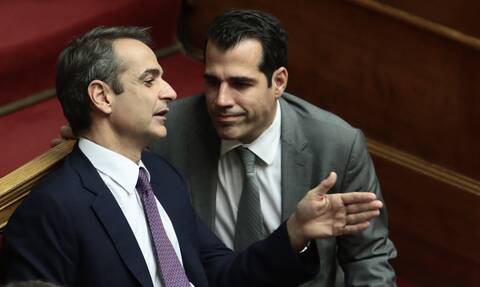 Confronted with the spectre of a rapid advance of the highly contagious COVID-19 Omicron variant, the National Committee on COVID-19 is meeting today to review the prospect of expediting public health measures initially planned to take effect on 3 January.

In an interview with ANT1, Plevris said the basic criterion for taking measures more swiftly is the degree of pressure on the National Health System (NHS).

He said that the greatest problem is in Attica, even though regular, non-ICU beds are filled to 53 percent of capacity. The ratio of hospital admissions and discharges continues to be positive.

What will be the new measures, where will they be implemented?

Plevris said there will be three key elements in the new measures.

He said a main problem involves public health measures for night-time entertainment and not restaurants in general. There, the measures will concern the hours of operation, the playing of music, and customers who are standing in various establishments.

The third measure involves the expansion of tele-work in both the public and private sectors.

As in.gr has reported, the COVID Committee will also discuss the situation in schools, regarding which no new measure has yet been taken. If necessary, the issue – including the current closing of a class only if 50 percent or more of students are infected – will be reviewed before the scheduled opening of schools in January.

Projection of predominance of Omicron variant in 15 days

Regarding newly confirmed infections over the last days, Plevris said that 50 percent of cases are in the 18-39 age bracket, and only six percent citizens age 60 or over, who are in the greatest danger of falling heavily ill.

He called on younger people to be exceptionally careful during the holiday season.