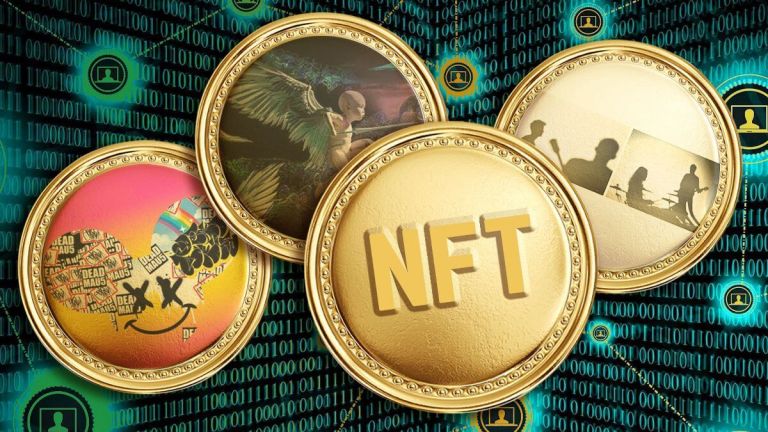 The global market for the Non-Fungible Tokens reached $22 billion in just one year, as the new investment craze converted NFTs – certificates (in electronic form) proving the authenticity of digital objects – in significant assets.

Veterans in the economy, however, treat NFT with caution, just like cryuptocurrencies. And they are sounding the alarm, pointing out that they do not consist serious investments but phenomena of a possibly unsustainable, digital gold digging. NFTs transfer ownership of a unique digital object to someone, even if the object can be easily copied. The property is registered in a public digital directory, known as a blockchain.

Data from DappRadar, a company that monitors sales in that market, showed that NFT trading jumped to $22 billion in 2021, compared to 2020, when the turnover was just $100 million. More specifically, in the first half of 2021 there were $4 billion in NFT sales, while in the second half the amount almost increased fivefold as it exceeded $18 billion.

The most expensive NFT to hit the market this year was Beeple’s Everyday Life: The First 5,000 Days, a digital collage by Beeple – according to Mike Winkelmann – which was auctioned for $69.3 million in March, making it one of the most valuable works of art sold at auction, in 2021 (eighth in the overall ranking), while, because of its price, the 39-year-old American artist was named the third most expensive living artist after David Hockney and Jeff Koons.

And as everything in life is a double-edged sword, it is not only the influential personalities who raise NFT prices, but also the NFT dynamic that gathers around all those who want to gain some popularity. A typical example is the former first lady of the United States, Melania Trump, who, a few days ago, presented her own NFT platform, in which a watercolor portrait of her eyes with the title “Melania’s vision” is available for sale.

Proceeds from the NFT sale of the work, signed by French artist, Marc Antoine Coulon, will be donated to charity and can be obtained either by cryptocurrency or by credit card.

As much as the amount available for the new item is very large, financial analysts point out that NFT in many countries is still an asset that is not subject to any tax regulation and that it will take some time, possibly some years, to be included in the terms governing the conventional market.