Greek Deputy FinMin – Who will have access to the Recovery Fund 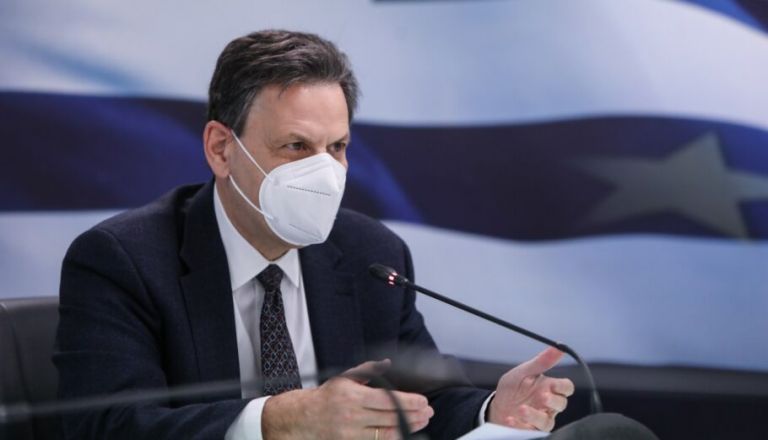 “The National Recovery and Resilience Plan “Greece 2.0” is a strictly investment program”

The money from the Recovery Fund will obviously help Greece boost growth, if invested properly, the Greek Deputy Minister of Finance, Mr. Theodoros Skylakakis, emphasized in an interview with the Athens-Macedonian News Agency, while he also stressed that “we should all bear in mind that “The National Recovery and Resilience Plan “Greece 2.0” is a strictly investment program”.

He also noted that “The Fund concerns both public works and social infrastructure. It’s obvious that public works concern most of us.”

Referring to the next year, the Greek Deputy Minister of Finance noted that “there are ongoing problems, such as price rises, the pandemic or the significant amounts of money in the reserve of the next budget. Therefore, it is obvious that there will be measures that we do not yet know, but will be specified the next year “.

Answering a question about who will have access to the Fund, Mr. Skylakakis noted:

“The Fund concerns both public works and social infrastructure. It’s obvious that public works concern most of us. For example, a water supply project concerns all those who drink water in the area, while a reforestation project, a social infrastructure project, a modern hospital, a digital classroom concern mostly everyone. We all have children or grandchildren or the need for public health infrastructure. There are major health prevention programs, energy saving programs, aiming at those who are willing to take advantage of them, including vulnerable households, which primarily concern health and disease diagnosis programs, as well as the program to combat energy poverty. In addition, the Recovery Fund provides financial aid for private investment, especially for small and medium-sized enterprises. About 1.5 billion euros are invested, almost exclusively, to small and medium-sized enterprises, who are willing to invest. Anyone who really wants to invest can benefit from these development tools. Finally, there is also a large loan program, which concerns all enterprises, provided that they have or can obtain, within a reasonable period of time, within the next three years for example, a bank profile”.

Mr. Skylakakis also noted that the program “Greece 2.0” concerns sectors such as the green or digital transition, the health and education, the private investment, the filling of the investment gap, putting emphasis on digital and green investments, on collaborations and associations.