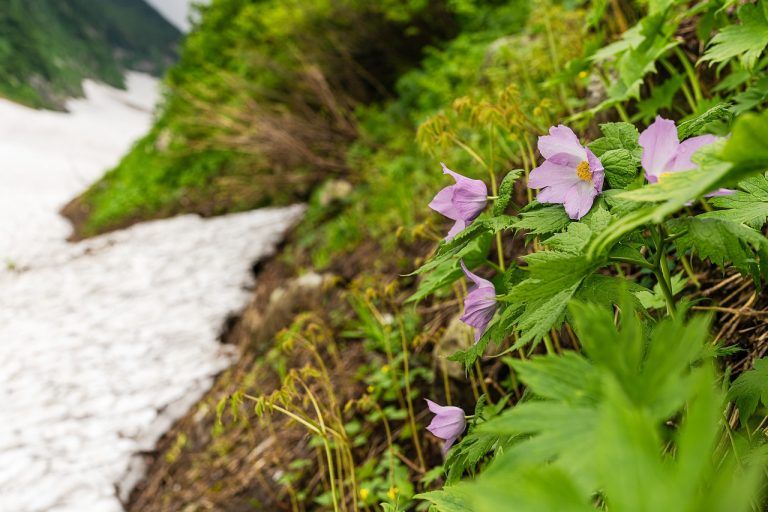 Five rare endemic plants of Crete can develop into a “vein of gold” for Greek agriculture if they are cultivated based on innovative methods and special protocols.

As the participants in a conference held in Heraklion said, “the utilization of the rare endemic plants of our country can contribute to the solution of problems of Greek agriculture through integrated conservation, promotion and sustainable utilization of local biodiversity, creating innovation-know-how for new crops. versatile plant species that have natural adaptations to the particular characteristics of each area. Especially the local endemic plants of Crete can play an important role in the agricultural development of the local economy, by engaging the productive base in new dynamic crops.” 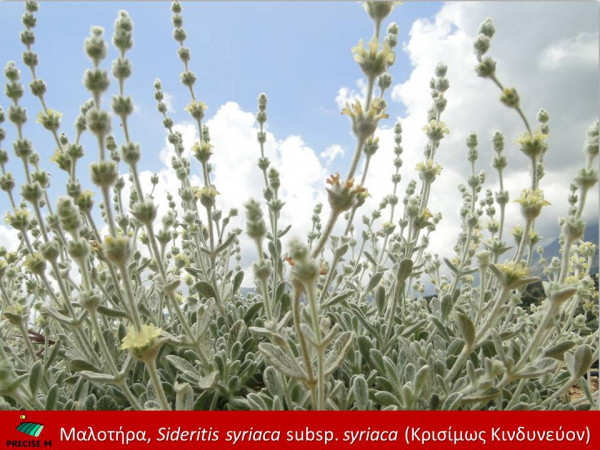 The five endemic plants of Crete that show the way of utilization in the commercial, tourist, agri-food, floricultural and ornamental sector are the Cretan marjoram (Origanum microphyllum), the Carlina diae (Carlina diae), the mallard (Sideritis syriaca) subsp. , the diktamos (Origanum dictamnus) and the Cretan moss or furfoulakas (Verbascum arcturus). These emerged as the most characteristic “species with ease of reproduction and cultivation and with the greatest commercial interest” in the research project, entitled “Conservation and sustainable use of rare-endangered endemic plants of Crete for the development of new agricultural products with innovative lubrication “(PRECISE-M). 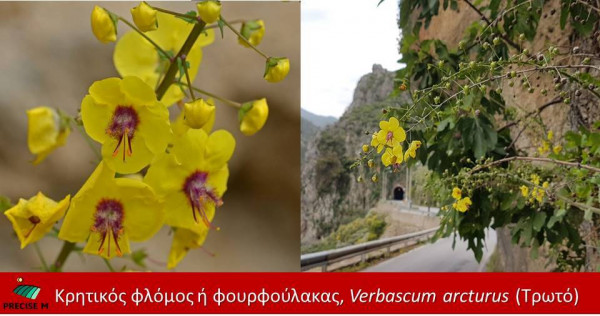 The meeting was co-organized by the Department of Agriculture of the Hellenic Mediterranean University (ELMEPA) and the Institute of Genetic Improvement and Phytogenetic Resources (IGBFP) of ELGO-Dimitra “. As stated to state news agency AMNA, the coordinator of the research program PRECISE-M, authorized researcher of ELGO-Dimitra Dr. George Tsoktouridis “its purpose was to inform and disseminate the results on the integrated conservation and sustainable use of the unique domestic biodiversity to create new cultivated species (plants with unique characteristics and high added value) using innovative precision fertilization.”

Dozens of endemic plants of Crete were studied

At the event, the scientific manager of the program, Dr. Katerina Grigoriadou, presented the methodology that has been developed with seeds and cuttings for the off-site conservation and sustainable use of native species at the Institute of Genetics, while the authorized researcher Dr. Nikos Krigas presented the results of an on-site research in Crete for the identification of native populations of dozens of Cretan endemic plants, focusing on the efforts of their integrated conservation and multifaceted evaluation in order to document the most suitable of them for immediate sustainable use.

As stated by the associate professor of the Department of Agriculture of ELMEPA Konstantinos Paschalidis, the five selected endemic species of Crete were cultivated in a pilot field in Heraklion, comparative measurements and analyzes of their herbal drugs were made (photosynthetic yield, and the results led to the creation of five specific cultivation protocols which were submitted for publication in international scientific journals with a high gravity-impact index. 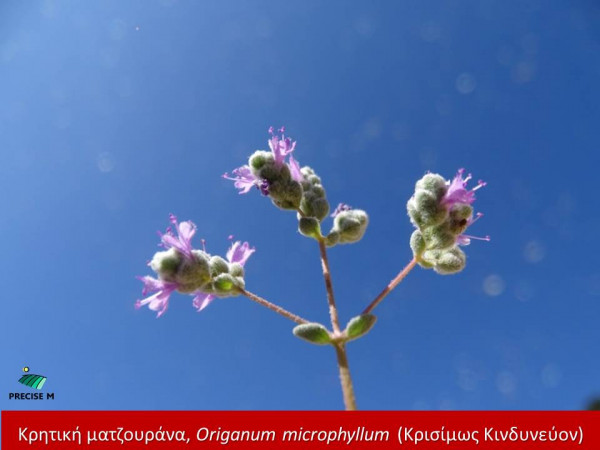 Theodora Matsi, professor of the Soil Laboratory of the Department of Agriculture of the Aristotle University of Thessaloniki, spoke about the first attempt at documented cultivation of selected species in a complete growing season, concluding that it is good to do soil analysis and soil fertility assessment before soil fertility and the fertilization of the company “Theofrastos” with root irrigation seems to be the most effective of the treatments tested while it is worth further studying the role of the biostimulator in the absorption by plants of the necessary micronutrients. The company “Theofrastos” is the coordinator-body of the entire research project PRECISE-M and its head, Tassos Pappas, made special reference to the research efforts in which it participates in collaboration with research institutes and universities in our country and abroad. It is noteworthy that in the mass production of selected Cretan plants used for experimentation participated the company “Plants Glavaki” from Macedonia and as stated by agronomist Evangelos Glavakis, in addition to the pilot field in Heraklion, a pilot field in the area of ​​Piperia, in Aridaia, Pella was used. 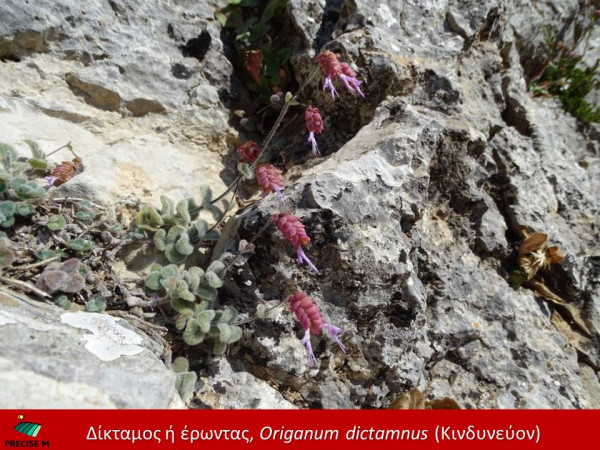 Another dimension in the use of aromatic-medicinal plants of Greece was given to the day by the dean-guest speaker, of the Department of Agriculture of the Hellenic Mediterranean University, Professor Panagiotis Nektarios. Introduced new approaches to Landscape Architecture, using native and endemic plants of Greece and Crete on planted roofs. 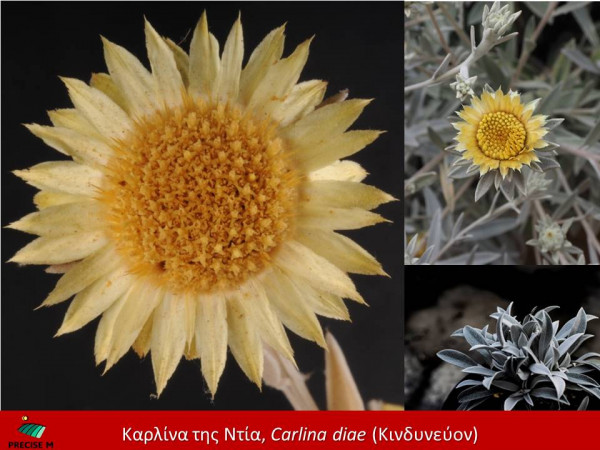 The new approaches now include holistic methodologies for evaluating native and endemic plants in shallow planted roofs. They concern the development of the aboveground and root system in different types and depths of substrates and in increasing water stress. They contribute to the thermal insulation of buildings, contribute to the management of rainwater and the prevention of floods. They have the ability to trap gaseous urban pollutants while it has been found that their contribution to the effort to restore the lost urban flora is multifaceted.