Lockdowns due to pandemic and its relation to increase in female homicides, murderous attacks and suicides 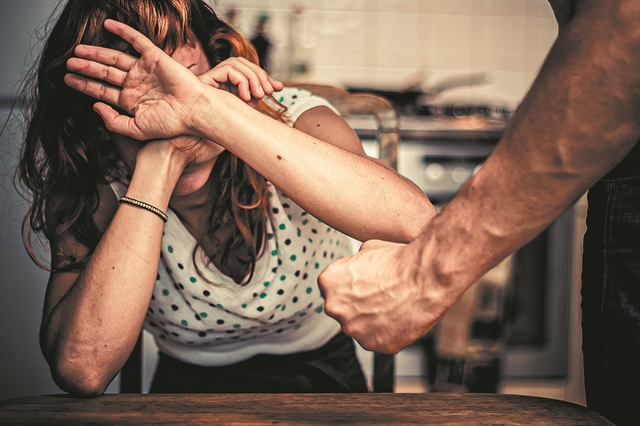 “After the earthquake of quarantine and confinement, we have the tsunami of violence with successive criminal acts between relatives or acquaintances but also in the middle of the street, with minimal provocation. In an escalation of criminal activity that may be slow to stop. Now there is a inflammatory family environment and not only with contradictions that have intensified due to the suppression of the quarantine, with catastrophic consequences. And so we have symptoms of departure with hundreds of suicides, the rise of mental illness but also the so-called extroverted crime and the relief with thousands of cases of violence. And this is a global phenomenon, since abroad there is an increase of domestic violence of 30%. Even this reported increase in juvenile violence in schools happens because children transfer the tension from home and the family environment there.”

The tragic consequences of confinement

Speaking to “To Vima” Sunday edition, Achaia MP, professor of Criminology Angelos Tsigris, made this point, regarding the daily criminal acts or suicides, which are directly related to the side effects of the pandemic. With the most indicative element – as revealed by “To Vima” – that in the first ten months of 2021 there was an increase of cases of domestic violence by 50% compared to the same period last year. In addition, the same year saw a 5% increase in homicides – in the first ten months – with further growth trends in recent weeks.

The death of two unemployed siblings in N. Heraklion (attributed to suicide or in combination with the murder of the young man by his sister, who also ended her life), the cold murder of a 66-year-old man in Glyfada by his partner’s 51-year-old son due to of many years of financial disputes, but also the two new femicides that were revealed in Vlachiotis, Laconia and Alexandroupolis, are the new samples of dramatic everyday life. Where almost every 24 hours the public is faced with a new crime of passion and unleashing of accumulated hatred, which is now directly related by police officers, and by scientists to the quarantine. With ominous predictions that the number of these criminal acts will continue to increase for many more months, as a remnant of the problems caused by the pandemic, beyond the health sector.

A problem of nightmarish proportions

And these crimes are the bloody record of thousands of cases of domestic violence, which are presented by our newspaper and show the nightmarish dimensions of the problem.

Thus, in the first ten months of 2021, 6,834 cases of domestic violence were recorded against 4,619 (an increase of 48%). It is noted that in previous years the fluctuations of these cases were around 3% -5%. However, there seems to be more cases being recorded by Hellenic Police, which had been accused of laziness after the murder of women in Daphne.

Also, according to the relevant data, in the first ten months of 2021, 4,785 cases of bodily injuries were recorded in homes and 4,104 incidents where the perpetrator issued threats. It is noted that there are incidents where the perpetrator combines threats and manipulation. There were also 78 reports of sexual misconduct. In order to understand the differentiation, it is noted that in the first ten months of 2020, 2,723 incidents of beatings inside homes (an increase of 75% in the specific period of 2021) and 2,496 cases of threats were recorded by police.

Psychological problems intensify due to quarantine

According to further analyses, 2,805 of the victims in the first ten months of 2021 were spouses, 535 ex-spouses, 889 permanent partners, 496 ex-partners, while in 797 cases the parents were beaten by their children. In another 1,128 incidents, children were beaten by their parents, while in 592 cases in the first ten months of 2021, the attacks took place between siblings, while in 48 reports, the grandparents were the victims of their grandchildren . About 31% -32% of the perpetrators are men 35-45 years old and about 33% are the percentage of male perpetrators aged 45 to 60 years. About 55% -60% of domestic violence cases are estimated to be located in the capital, with the most problematic areas being the city center and West Attica.

It is also noted that in 2020, 242 rapes or attempted rapes were reported (121 in Athens, 20 in Thessaloniki), while there were 6,862 cases of bodily harm, 9,244 cases of insults, as well as 976 cases of self-trial. With these numbers presenting – as police officers say – an upward trend in the first 11 months of 2021 with fights breaking out in the middle of the street even for right-of-way issues, etc.

Finally, an important parameter is the psychological problems that intensify due to quarantine. In successive surveys in Greece and abroad, 30% -40% of citizens state that they have faced psychological problems due to lockdowns or other restrictive measures. The murders of women in Makrinitsa, Folegandros, Thessaloniki, Heraklion, the murder of a gas employee in Kifissia, the stabbing of Zografou with four wounded and other cases seem to have been committed by men who had psychological problems or had been hospitalized for such.

In fact, police in 2020, noted that 4,749 arrests were made for the incarceration of people with psychological problems in a psychiatric hospital following court orders, and this number is expected to be higher this year. Also, according to data from the Cybercrime Prosecution unit, many months during which the restrictive measures were intensified, such as last December, there was an increase in the manifestation of online suicide intentions of 30% compared to other months.