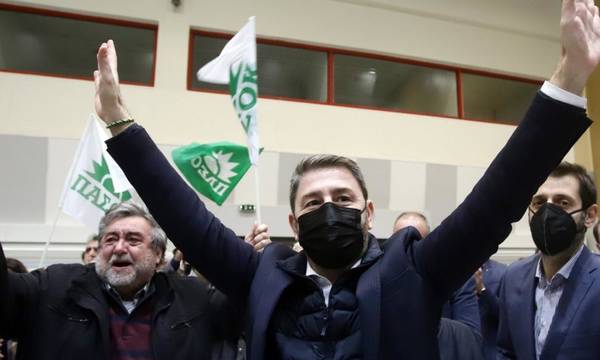 The Movement for Change (KINAL) party’s members and friends have elected as its leader in a landslide MEP Nikos Androulakis, defeating the party’s MP and former prime minister George Papandreou.

Papandreou has reportedly called Androulakis to congratulate him on his victory.

Over 200,000 people voted – a much higher number than the second round in 2017, when the late Fofi Gennimata was elected – and precincts closed at 7:30pm, after a 30-minute extension

The process proceeded smoothly despite occasionalminor tensions and skirmishes between representatives of the two candidates.