Government spokesman Yannis Economou lashed out at Tsipras over two tweets yesterday of the opposition leader that appeared to tacitly adopt the allegations of the Federation of Hospital Workers that ICU beds are set aside for VIP COVID-19 patients, 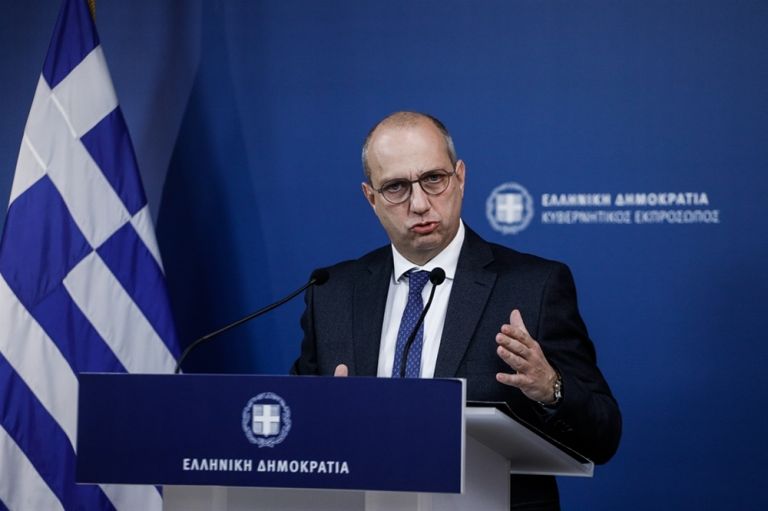 A battle royal has broken out between the government and main opposition SYRIZA leader Alexis Tsipras over the charges of the president of the Panhellenic Federation of Public Hospital Workers, Michalis Giannakos, that some hospital beds have been set aside for VIPs, even as other intubated COVID-19 patients are being treated outside ICUs, waiting their turn on the prioritised waiting lists.

Government spokesman Yannis Economou lashed out at Tsipras over two tweets yesterday of the opposition leader that appeared to tacitly adopt the allegations of the trade unionist.

“With his post [tweet] last night – which is accompanied by the nauseating hashtag #vipICUs – Mr Tsipras committed a huge political and moral error, essentially adopting the abominations of Mr. Giannakos, which are rejected by the medical community, and which are denied, to his credit, by SYRIZA’s shadow health minister [Andreas Xanthos],” Economou declared.

“Mr. Tsipras is obliged to cite even one doctor who decided who would be admitted to an ICU based on a political order. If he does not recant immediately, he will prove that slander and vulgarity is the only kind of opposition he has left,” Economou added.

This afternoon, following the uproar and reactions in his party, Xanthos tabled a parliamentary question on the issue.

“Explanations should be offered regarding intubated [COVID-19] patients [being treated] outside of ICUs, and regarding the “shadows” cast on the management of the waiting list and the criteria for determining the prioritisation of admission to ICUs,” was the stated subject of the question in the heading.

“The Prosecutor’s Office rightly hastened regarding the charges of POEDIN concerning the “special treatment” of ‘VIP citizens’. The government is obliged to hand over all the information to the judiciary and to make it public. We all have an equal right to dignified healthcare #vipICU,” the first read.
.
In the second, Tsipras lambasted PM Kyriakos’ Mitsotakis’ earlier remarks on ICUs in Parliament.

“We reached the point that Mr. Mitsotakis answered me in Parliament that a cot and an ICU bed are the same thing. Then, POEDIN came along yesterday and charged that if you are a VIP patient, you find a place in an ICU. If you are not, you have to wait. If it is true, we are dealing with deep moral degradation#vipICU.”

Due to the lack of space in ICUs, a substantial number of intubated COVID-19 patients have been treated in beds outside of ICUs.