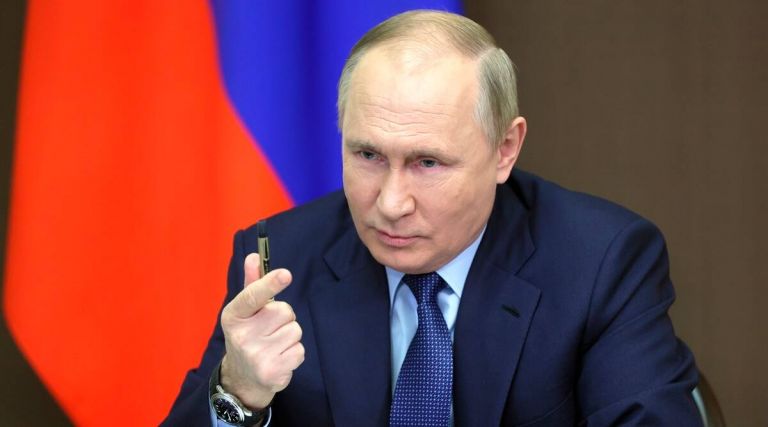 Beyond Moscow’s historical ties of friendship with Greece, Russia is a permanent member of the UN Security Council and has repeatedly declared its dedication to the implementation of International Law of the Sea.

Prime Minister Kyriakos Mitsotakis and Russian President Vladimir Putin are to discuss bilateral relations, energy issues, developments in the Eastern Mediterranean and Turkey’s provocations in the region, and efforts to solve the Cyprus problem during talks in Sochi, Russia today.

It is the first meeting between the two leaders since Mitsotakis came to power in 2019.

At a critical juncture geopolitically and in terms of energy issues, the talks will cover the gamut of bilateral relations – political, economic, cultural, and humanitarian cooperation.

It should be noted that 2021 is the year of Greece-Russia history.

The two leaders will review international and regional issues – including developments in the Eastern Mediterranean and Libya – as well as the course of the COVID-19 pandemic globally.

Putin and Mitsotakis are to adopt a 2022-2024 joint action plan which, according to Greek government sources, will determine the basic axes of bilateral cooperation over the coming years, after the successful 13th meeting of the Greece-Russia Inter-Ministerial Committee.

According to the same sources, the Eastern Mediterranean is a crucial topic of discussion.

They note that aside from Moscow’s historical ties of friendship with Greece, Russia is a permanent member of the UN Security Council and has repeatedly declared its dedication to the implementation of International Law of the Sea.

That point was made also by Russian Foreign Minister Sergei Lavrov, when he had visited Athens in a period of particular Turkish aggressiveness, in October, 2020. He had underlined that problems should be resolved in accordance with international law and the UN Convention on the Law of the Sea (UNCLOS).

In June, Russia came out against any change in the status of the ghost city of Varosha in the Turkish-occupied territories – which Turkish President Recep Tayyip Erdogan partially opened in violation of UN Security Council resolutions – noting that such actions are unacceptable because, “Unilateral actions that violate prior decisions of the Security Council create difficulties in the effort to resume negotiations.”

Mitsotakis’ close advisors note that the PM, during talks he held in Athens on 24 January with Russian Prime Minister Mikhail Mishustin, had discussed the prospect of bolstering bilateral cooperation and reactivating the Greece-Russia Inter-Ministerial Committee.