The health ministry’s secretary general for primary care, Marios Themistokleous, announced today that citizens age 18 or over will be allowed to get the third jab only three months after the second (currently it is six months). 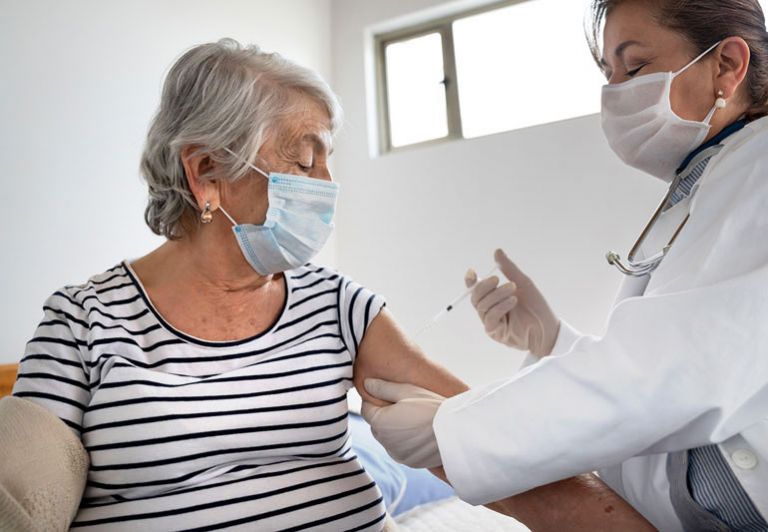 With the COVID-19 Omicron variant which is already considered highly transmissible having stirred heightened concerns, the health ministry’s secretary general for primary care, Marios Themistokleous, announced today that citizens age 18 or over will be allowed to get the third jab only three months after the second (currently it is six months).

Themistokleous said the same will apply to people with COVID-19 illness certificates. They now will be eligible to receive the third dose three months after their diagnosis.

With the Johnson & Johnson vax, the booster shot will continue to be administered two months after the first.

“The National Committee on Vaccination reviewed the evidence on the Omicron variant and decided the administration of the third jab to all citizens age 18 and over three months later [after the second].

The appointments platform is opening gradually this evening and tomorrow. Themistokleous said that operational capacity has been increased and there will be appointments beginning on 5 December.

“We cannot yet answer the question whether existing vaccines are effective with the Omicron variant. We will have to wait a week or 10 days,” he said.

“It is one of the biggest weeks [in terms of volume] we have had since the start of the pandemic. We keep appointments so that the first dose is given priority over the third dose. If someone finds a booster shot appointment in ten days, it may quicker in the future. The programing is to keep all the appointments until mid-January,” he said.

Over 80 percent of those over 60 vaccinated

Themistokleous said that over 80 percent of people age 60 and over have been vaccinated, but the government has essentially made it mandatory for this age group, imposing a 100-euro monthly fine for those who have not made an appointment by mid-January.

Themistokleous noted that countries such as the UK have reduced the length of the interval between the second and third dose.

The Committee responded to the government’s request for a recommendation on reducing the time span between jabs. It approved it, citing domestic and foreign evidence and data.