Mosialos – What we know so far about the “Botswana mutation” 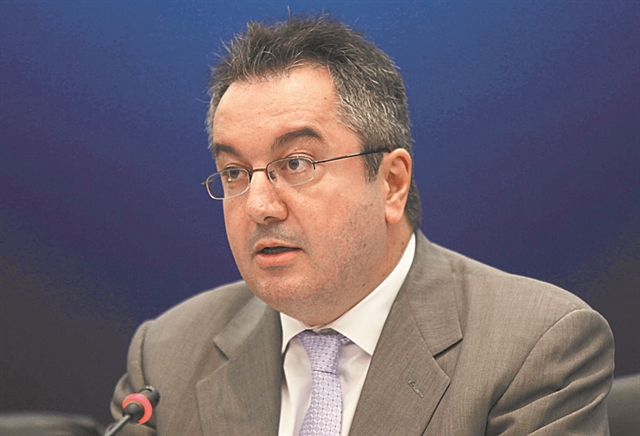 The new variant of the coronavirus found in Africa is the most worrying that British health professionals have seen, as it has twice the number of mutations compared to the Delta…

Professor Elias Mosialos refers to this new dangerous mutation, answering 10 key questions about what we know so far about its appearance, which has caused concern in the scientific community.

Mr. Mosialos lists the data so far, emphasizing that “continuous epidemiological surveillance is needed” and noting that panic should be avoided until we have more information.

As the professor states:

“There is concern internationally about the new variant of the coronavirus, which is called the Botswana variant until it is renamed and given a Greek letter. Of course, it is wrong to call it the Botswana variant, because although its existence was identified in Botswana, the variation may have started in another African country.

I had already pointed out from the beginning of the pandemic that if we do not have mass vaccination of the vast majority of the world’s population, the possibility of new variants, especially in areas with low vaccination rates, will be high. Unfortunately, in Africa only 6.5% of the population is fully vaccinated.

1. What we know so far about this variant

We initially had 4 cases in Botswana among vaccinated people. This does not mean that there are no more cases among both vaccinated and unvaccinated. It is also not true what the international media wrote that the 4 cases concerned HIV patients. The National Commission for the Treatment of Covid-19 disease in Botswana denied this in a statement. There are also several cases in South Africa and one in Hong Kong involving a traveler from South Africa.

2. But why are health authorities in Africa and other countries concerned?

In the new variant, 32 mutations in the virus spike protein coexist. Because it has also been detected in vaccinated people, there is concern that vaccines may not be effective against this variant. Infections, however, occur among vaccinated persons and with the Delta variant. This is not something new. The important thing is whether the new variant will lead to a significant number of serious infections. We know that vaccines are extremely effective in treating Delta and preventing serious infection in the vast majority of those vaccinated. Nevertheless a small percentage of vaccinated, around 10-20% will get mild illness.

3. So why are health authorities concerned about the new variant?

Because they fear that the combination of the 32 mutations may make the new variant both more dangerous (increased incidence of severe infection and increased mortality) and more contagious.

We already know several of the 32 mutations because we found them in previous variants.

5. So why are we worried then?

Because there are new mutations that coexist with the already known ones.

6. Will we learn from laboratory experiments if the new variant is dangerous?

Maybe but we will not be absolutely sure

Because in the previous months we also heard about other variations, such as those of California, Peru (Lambda), New York, Nigeria, Brazil,
of South Africa, even Delta plus, and as you can see I do not mention them all.

Their appearance had worried the health authorities a lot, but fortunately in the end they did not have any serious health effects. For some of them, the laboratory findings indicated that they would either be more dangerous or highly contagious.

8. But what happened in the end?

Delta prevailed because it is much easier to transmit than the other variants and not just overtook, but literally ‘swallowed’ – to put it simply – its competitors.

9. However, there is an increase in cases in South Africa. What about Delta there, one wonders?

It is true that there is an increase. But we are talking about an increase in a country that had significantly reduced the spread of the pandemic. Whenever the new variant may have found ground to expand because the Delta was not widely circulated. The same thing happened with other variants for a while in the past, but they disappeared in the competition with Delta.

Obviously I’m not saying that. We need constant epidemiological surveillance and I believe a flight ban from some African countries until we have a better picture of the evolving situation.

I also point out that in many other cases we were very worried but in the end, with the exception of the Alpha and Delta variants, we did not have any particular problems. Whenever the new variant is a little more dangerous but less contagious than Delta, then there may not be much of a problem.

Finally, let me emphasize that the role of health authorities and public health experts is not to create panic. Their role lies in the timely identification of the problems, their cold analysis with an interdisciplinary approach, but also in the timely taking of measures when needed.”