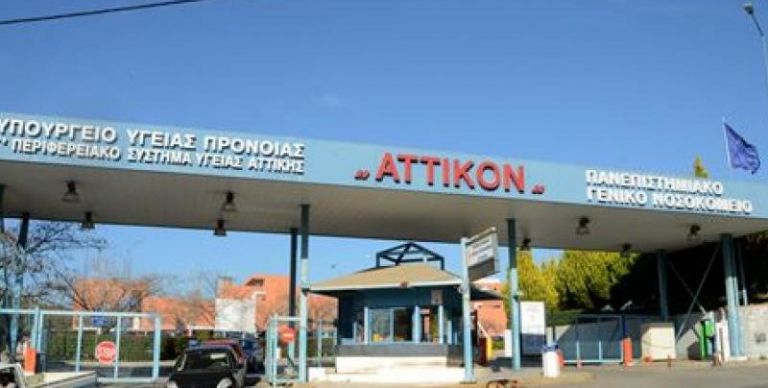 ‘The hospital has spun out of control and the problem will soon become unmanageable. Hospital treatment and medical practice under these conditions is becoming ever more dangerous. The hospital cannot serve such a great volume of patientS.’

Doctors at the large Attikon hospital in Attica, a university hospital, have issued a statement indicating that the hospital has reached the breaking point and that once again today their shift began with dozens of patients being treated on cots, for lack of beds.

Following an Assembly of the Association of “Attikon” workers, doctors stressed that the hospital has been transformed into an “accordion”, as it has surpassed its capacity and various departments and clinics of the hospital are overburdened to the detriment of others.

They stressed that clinics that have now been devoted to COVID-19 are significantly understaffed, and that the training of interns has been enormously delayed.

The doctors slammed the decision of Alternate Health Minister Mina Gaga, which was sent to all hospitals, providing for an 80 percent reduction in all surgeries, except for the absolutely urgent ones.

“The deathblow has come with the directive suspending 80 percent of scheduled surgeries, which essentially ‘suspends’ a large number of colleagues [doctors] in the surgical department and at the same time greatly burdens the health of the general population that does not have access to private healthcare facilities, as extremely serious surgeries (removal of cancers, vascular operations, orthopaedic surgery, ear nose and throat operations, maxillofacial operations, and heart surgery) cannot be performed. All of us doctors are exasperated with this situation,” their statement read.

Hospital ‘out of control’

“The hospital has spun out of control and the problem will soon become unmanageable. Hospital treatment and medical practice under these conditions is becoming ever more dangerous. The hospital cannot serve such a great volume of patients, with the hospital administration and the government placing no boundaries or limits [on the number of patients that can be treated],” they said.

* Bolstering the hospital and the entire National Health Ministry with more staff and funding
* Immediate requisitioning of private clinics and incorporating them in the programme of general shifts in unified public planning
* Immediate opening of the Infectious Diseases clinic to assist in the hospitalisation and treatment of pathology cases at Attikon and the Second Public Health Region overall
* No patient on a cot!
* No intubated patient outside an ICU!
* No merger or shut down of hospital departments/clinics
* No limit on the number of surgeries or of other diagnostic or medical actions
* No to transforming Attikon into a single-disease [COVID-19] hospitala