Mossialos: Stress on vaccinating those over age 60, booster shot for all 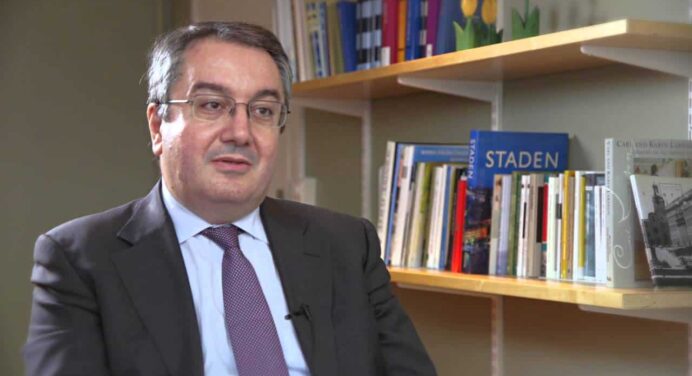 Mossialos said that Greece’s National Committee on COVID-19 discussed the prospect of instituting positive incentives for citizens over the age of 60 or 65 to be vaccinated, such as reducing their contribution in the purchase of medicines.

LSE Professor of Health Polich Elias Mossialos, who represents the government in international forums regarding COVID-19, has stresses the importance of vaccinating those 60-years-old and over by offering incentives rather than making the vax compulsory.

Mossialos said that Greece’s National Committee on COVID-19 discussed the prospect of instituting positive incentives for citizens over the age of 60 or 65, such as reducing their contribution in the purchase of medicines. He underlined that such incentives would apply also to those who have already been vaccinated.

He underlined that one need not do everything “with the stick” and that incentives are preferable, as they also function as an important element of social policy.

How the booster shot protects us

Mossialos noted that the percentage of grave illness among those age 60 and over who have gotten a booster shot is 20 times lower than for those who have gotten only the first two jabs, or just the first of a single-dose vax.

Moreover, the percentage of those who become lightly infected is ten time lower compared to those who took only two doses.

“Some people may become infected even after the third jab. It is a very small percentage, but the possibility of them being hospitalised – especially six or seven days after the booster shot – is minimal, almost nil,” he noted.

The example of an automobile

Mossialos used the example of the operation of an automobile’s security to explain the action and function of vaccines.

The vaccine deters infection in order for us not to fall ill at all, just as the automatic braking system in certain new cars averts a collision.

The vaccine averts serious illness and hospitalisation, just as an air bag protects passengers in the event of a crash so that they need not be hospitalised, despite certain scratches.

Tough but necessary measures, what to do if they are ineffective

Regarding the new restrictions on unvaccinated citizens announced by the government, Mossialos said they are strict but necessary, and by early December one will know if they will prove effective.

If they do prove to be effective and large gatherings of people are avoided and people are convinced to be vaccinated, then it may not be necessary to impose a tougher framework, he said.

Otherwise, he noted, one will have to examine adopting even stricter measures at a local level, as the pressure on the National Health System is not the same everywhere.