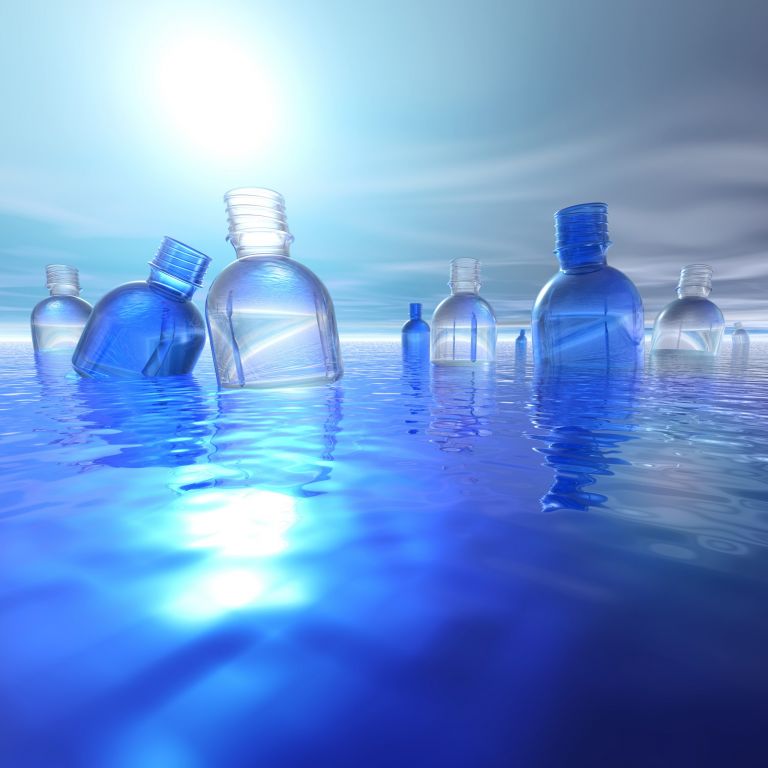 In the darkest colors, Bloomberg presents the dependence of popular, Greek, arid islands (Aegina, Patmos, Santorini) on plastic bottles of water to meet the needs of their residents and the millions of visitors who choose them every summer for their holidays, leaving money in the Greek economy, but at the same time burdening the islands with their environmental footprint.

According to the publication, it is estimated that each visitor consumes an average of nine plastic bottles of one and a half liters of water for their stay, which means that for Santorini – which only in August 2021 reached 136,523 international arrivals – they consumed 1,228,707 plastic bottles. , which then need to be properly managed to end up in recycling rather than on the seabed or landfills.

In a meeting with the Minister of Tourism in October, the mayor of Santorini Antonis Sigalas discussed a strategic plan for the island with proposed actions in order to achieve sustainable tourism development related to, among other things, integrated waste management. “I do not think that the image presented by the article is in line with the image of Santorini, which last year and this year was cleaner than ever,” Dimitris Kampanos, associate of the mayor of Santorini and manager of the organization “Dive in Action” told “NEA”. »Which assists the municipal authority in environmental actions.

“In Santorini we are at a very good level in terms of recycling. The municipality has started with the Recycling Center for the Sorting of Recyclable Materials since 2014 and every year it increases the quantity it collects. I’m happy but people have not yet matured enough to make it work.

Also, the municipality has made great progress in integrated waste management. We will have a Waste Management Plant with the aim of the smallest residue. We have now reached the first approval of funding. Plastic Free Santorini is a campaign we are running,  – beginning and end of the season – so that we have a complete picture and records of where we are as a municipality that cooperates with various organizations, such as ours, which also underwater underwater cleaning. At the same time, we are running campaigns that explain to the world that it must remove the disposable plastic from its life.”

Regarding the bet of each municipal authority to break the dependence on imported water in plastic bottles, Santorini is trying with a series of projects to meet the self-sufficiency in drinking water for each area on the island. “The desalination plants have been operating for over 10 years. The municipal water company is already doing a very good job in order to bring desalinated drinking water to all the houses with the network.

There are also stations in at least seven places where you can refill. Oia has had a desalination plant since before 2002. The rest of the island has been covered with stations but it has certainly not reached all the shops. Also, in Santorini, the largest desalination plant in Europe is being built, with a total production capacity of 5,000 cubic meters of drinking water per day, which will cover the water needs of the settlements of Kamari, Episkopi Gonia, Exo Gonia, Pyrgos Kallistis, Megalochori, Mesaros, Parasaria, Messaria . Almost the whole island. “When the project is completed, no one will have a reason to use bottled water”, says Dimitris Kampanos, informing that for 2021, 17 disposable plastic-targeted actions have been implemented with 11 submarine and six coastal environmental clean-ups.

“It takes a generation to change the habits of an island,” said Eleftherios Pentes, mayor of Patmos, and rightly so as Greece – and especially the islands that are more “addicted” to bottled water with one of the highest per capita consumption in the world and Europe – it will take something stronger than raising public awareness to break free of plastic water bottles, whose sales seem to have been revived by the pandemic.