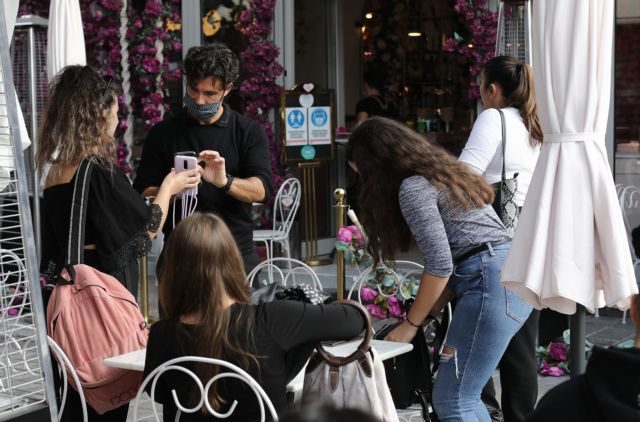 Statements to OT.gr by the president of ESEE, George Karanikas. Compensation and the meeting with the Prime Minister

Faced with the necessary evil of taking action against the pandemic, the market is once again facing the reassurances from the government focusing mainly on a categorical “no” to the possibility of a lockdown. From the positive data from this summer – and the increase in the turnover – trade is now re-entering the murky waters in terms of the effect of the restrictions on consumption, and in view of a difficult winter for the households, due to the increase of the inflation and the increased energy cost.

Deteriorating pandemic rates and the imposition of measures are reviving calls for additional support packages, especially from the food service and retail sectors, recognizing the 42 billion already in the pandemic economy. Among the compensatory measures demanded by the market is an extension to the start of repayment of Repayable Advance Payments and the repayment of pandemic debts.

Speaking to OT.gr, the president of the Hellenic Confederation of Commerce and Entrepreneurship (ESEE) George Karanikas, on the occasion of the meeting with the Prime Minister with market representatives on Monday and referring to the effects of the measures, stressed that it was clear from the first days of their implementation that they caused a reduction in the number of unvaccinated customers. at least by 10 percent. Merchants are afraid that this reduction, as Mr. Karanikas reports, will increase as the days go by and in fact with the risk of affecting the consumer traffic for the holidays, since, as the estimates of the pundits say, the difficulties lie ahead in December. At the same time, Mr. Karanikas stated that during the meeting with the Prime Minister he underlined that many fellow traders who do not employ anyone else, will not be able to easily cope with the role of controller of the entrance tests, when at the same time they will have to serve customers inside the store.

“At this point, on the one hand, I called for a reduction in fines, which we consider to be debilitating for most companies, and on the other hand, I pointed out that conditions of unfair competition are being created, as supermarkets and public markets selling items related to commercial companies will not be controlled,” added Mr. Karanikas.

In order to avoid this unfavorable scenario, the government does not rule out additional measures such as adjustments in the supermarkets. Nevertheless, the obligation to vaccinate employees such as in food service is ruled out. The government maintains that the situation is dynamic and the data are constantly being evaluated, although it seems that after the announcement of the new measures there is a progressive increase in vaccination as 149,000 new appointments have been made. It is noted that 9 out of 10 of those hospitalized are unvaccinated.

How turnover is shaping up

According to the latest data of the statistical authority ELSTAT, the turnover in August, compared to August 2020, increased by 6.6% and compared to the corresponding index of July 2021 increased by 1.2%. The increase was mainly due to the 17.5% changes in clothing and footwear, 17.1% in pharmaceuticals and cosmetics, 9.2% in books, stationery, other items, 5.5% in large grocery stores, while there was a 3.5% decrease in car fuels and lubricants.

According to a survey conducted by the Athens Chamber of Commerce in collaboration with the Athens University of Economics and the scientific supervision of Professor G. Baltas, the highest turnover in the summer discounts was stated by 34.8% of traders, while 30.3% stated they saw no change, while 33.9% of traders reported worse turnover.

Merchants’ representatives are now talking about a sluggish move in the inter-seasonal discounts. In a public statement, the president of the Piraeus Chamber of Commerce and Industry, Vassilis Korkidis, spoke of a sluggish buying movement on the first Sunday of the intermediate discounts and pointed out that the controls for emergency measures are very strict, the criminal consequences should be punishable and should be punished. suspensions, arrests and, above all, stricter measures.

Yesterday, the president of the Hellenic Confederation of Professionals, Craftsmen, and Merchants, Giorgos Kavvathas spoke about the situation in stores due to the new measures of the coronavirus and in the meeting that the food service and retail entrepreneurs had with the prime minister on Monday, saying that specific requests were submitted. The traders demanded that there be no conditions of unfair competition with the supermarkets, while for restaurants the main request was that there should be no restriction for the unvaccinated. “We ask for the open spaces of the stores to accommodate mixed clientele,” stressed Mr. Kavvathas in his statements, pointing out that already since the weekend a drop in the turnover was recorded.

In his statements to OT.gr, the president of ESEE, George Karanikas, referred to the compensatory measures, which he specifically proposed to the Prime Minister. Among them is a six-month extension both for the beginning of the repayment of the Repayable Advances set for January, as well as for the repayment of all the debts of the pandemic, tax and insurance.

These are substantial relief measures that do not burden the budget and respect the “lack of fiscal space”, which was invoked at the meeting by the Ministers responsible. Of course, I did not fail to remind the Prime Minister that the Trade sector has not received a Restart Support Program, unlike other affected sectors, such as catering, tourism, playgrounds and gyms. Indeed, the participating ministers confirmed to the Prime Minister this serious deficit in support of trade,” Karanikas added. As he said: “I noted, however, that both the non-support of the Restart and the unequal treatment of trade in relation to supermarkets create a sense of injustice in the commercial world, which has shown complete discipline in all measures and has made commercial stores, as everyone admits, areas of zero contamination by coronary artery.