How many moved their tax base to Greece 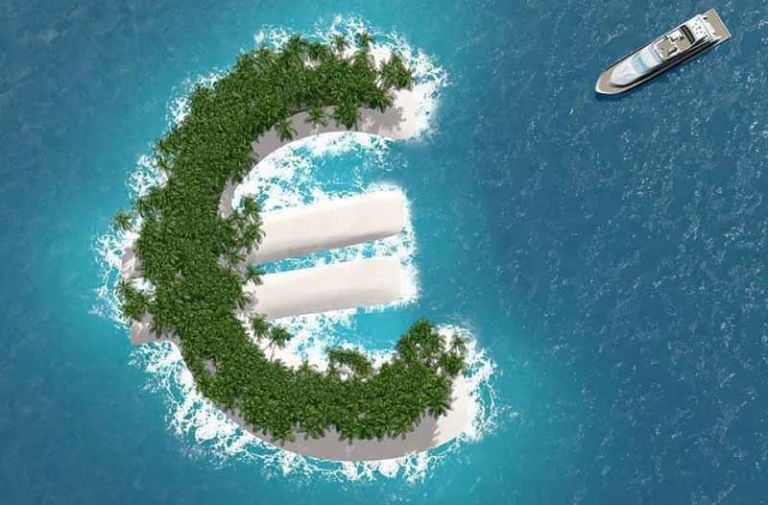 The results, so far, from the implementation of the legislative framework for providing tax incentives to attract new tax residents and investments in Greece, were presented by the political leadership of the Ministry of Finance

There are more than 1,000 persons from abroad, who transferred their tax residence to Greece after the provision of tax incentives that provide for the payment of half income tax and half solidarity contribution for 7 years.

According to data cited recently by the leadership of the Ministry of Finance, most of them are Greeks who had left in the last decade and are residents of the United Kingdom.

At the same time, 75 millionaires from 21 countries have transferred their tax residence to Greece, while the Ministry of Finance has approved 150 of the 206 applications of pensioners abroad.

The results from the implementation of the legislative framework for providing tax incentives to attract new tax residents and investments in Greece were presented by the Minister of Finance Christos Staikouras, the Deputy Minister of Finance Apostolos Vesyropoulos and the Secretary General of Tax Policy and Public Property Athena Kaliva.

The press conference began with the position of Mr. Staikouras, who referred to the series of legislative initiatives taken by the government to provide tax incentives to attract investment and individuals with tax residence abroad.

Specifically, the Minister of Finance mentioned the 4 steps taken to achieve the above goal.

1st. With Law 4646/2019, from the tax year 2020, the taxpayer, a natural person, who transfers his tax residence to Greece, can be subject for 15 years to alternative taxation of income arising abroad, if he/she meets – cumulatively – specific conditions, including the investment in Greece of a minimum amount of 500,000 euros.

With the payment, annually, of a flat tax of 100,000 euros, any tax liability of the natural person for the income that arises abroad is exhausted. At the same time, the taxpayer is exempt from inheritance or property donation tax located abroad.

Alternative taxation may, at the request of the taxpayer, be extended to relatives.

According to its provisions, from tax year 2020, the taxpayer, a natural person, recipient of income from a pension resulting abroad, who moves his tax residence in Greece, is subject, for 15 tax years, to an alternative tax method for the income earned abroad, provided that cumulative, specific conditions apply.

The natural person pays, every tax year, an independent tax at a rate of 7% for the total income earned abroad, while the income resulting in the country is taxed according to the general provisions.

For these taxpayers, the tax is certified by submitting the tax returns.

3rd. The framework of tax incentives was supplemented by Law 4758/2020, aiming at attracting foreign workers, and self-employed and Greeks who left the country during the economic crisis.

According to the provisions of the law, from tax year 2021, the taxpayer, a natural person, who transfers his tax residence in Greece, is subject for 7 tax years to a special way of taxation of income from paid work and business activity arising in the country, if applicable cumulatively specific conditions.

In particular, the taxpayer is exempt from income tax and from the special solidarity contribution of 50% of the income from paid work and business activity acquired in Greece, while the annual objective expense for residence and passenger car for private use does not apply.

4th. Finally, the framework for attracting individuals to Greece with tax residence abroad was supplemented by Law 4778/2021.

It establishes clear and transparent rules for the establishment and operation of special purpose property management companies.

Specifically, incentives are provided on how to determine the taxable income of these special purpose companies based on the expenses they incur, so that the management of cash flows and family property of high-income individuals, with tax residence in Greece, is carried out by these companies, provided that certain conditions apply.

Brave tax incentives for individuals with international activity have been emplaced, in order to transfer their tax residence to our Greece and be taxed here for all their income earned abroad, according to Deputy Finance Minister Apostolos Vesyropoulos.

According to the Deputy Finance Minister, the main changes were:

-With Article 2 of Law 4646 of 2019, which amended the Income Tax Code by adding Article 5A, we introduced for the first time in our tax law an alternative way of independent taxation of foreign income for individuals who transfer their tax residence to Greece.

These persons pay for all their income earned abroad a lump sum of 100,000 euros per year, regardless of the amount of this income and automatically, with the payment of this money, any other tax liability for this income is exhausted.

In fact, the natural person has the possibility to request the extension of the application of the alternative method of taxation to his close relatives, paying an additional amount of tax of 20,000 euros for each of his relatives.

The prerequisite for this is that the person who transfers his tax residence has, within 3 years from the submission of the application, to invest in our country  himself or a relative or through a legal entity, at least the amount of 500,000 euros in real estate, business, securities, shares or units in legal entities or legal entities based in Greece.

– With Article 1 of Law 4714 of 2020, we added Article 5B to the Income Tax Code, which extended the incentives to attract tax residents to retired recipients of income from pensions abroad.

If these persons transfer their tax residence in Greece, they can be subject to an alternative independent taxation of their income of foreign origin, with a tax rate of 7%, with their simultaneous exemption from the special solidarity contribution.

– Article 40 of Law 4758 of 2020, which added Article 5C to the Income Tax Code, introduced new incentives for the transfer of tax residence in Greece for employees and entrepreneurs.

This provision does not have as recipients and beneficiaries only foreigners with tax residence outside Greece.

At the same time, we aim at the repatriation of the Greeks and especially of the Greeks of the new generation who left abroad during the years of crisis.

The tax incentive that is introduced is the exemption from income tax and the special solidarity contribution for 50% of the income from paid work and from individual business activity acquired in our country.

One prerequisite, among other things, is the minimum stay in the country for two years and not to have been a tax resident of Greece for the previous 7 of the 8 years, before the transfer of his tax residence in Greece.

Then the general secretary of Tax Policy and Public Property Athena Kalyva  made the report took the stand and announced that the measures attracted:

-20 investors, in 2020 (18 applications were approved) and 7 relatives from 9 countries inside and outside the EU. Total taxes paid 1.9 million euros

-57 investors in 2021 and 16 relatives from 18 countries inside and outside the EU. Total confirmed tax of 7.9 million euros

-206 retirees (150 applications approved) from 21 countries inside and outside the EU. The total amount of taxes paid is not yet known, as tax returns are pending.

-More than 1000 employees in 2021. The majority of them are Greeks who left in early 2010 and many Britons who want to change their tax base due to Brexit