Small and Medium Enterprises – The big dilemma of partnerships or shutdowns

The pressure of competition from multinationals shows the only way for their survival, which is none other than mergers 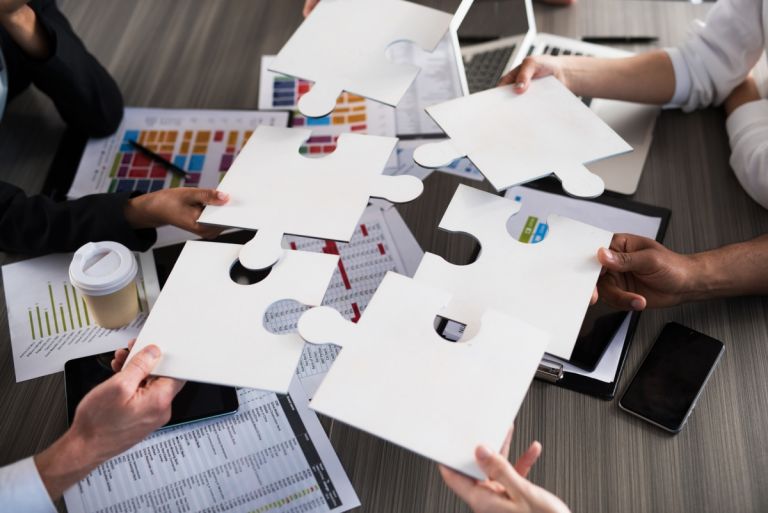 Of the approximately 800,000 small and medium enterprises (SMEs) operating in Greece, more than nine out of ten are very small enterprises and employ up to 10 employees, while only 672 large enterprises have more than 250 employees!

A Ministry of Finance bill will be tabled in order to attempt to change this landscape through the tax incentives it gives to small and medium enterprises but also freelancers such as lawyers, accountants, architects, engineers to merge and set up a new company in order to survive, grow and join the ” bright side “of the economy.

In addition, through mergers or acquisitions, they will have easier access to bank lending as they will show a stronger cash position.

The government hopes that the new corporate schemes that will be created will reduce tax evasion and especially bleeding in VAT, which is estimated at 6 billion euros per year.

The incentives focus on tax breaks, with the “heavy artillery” being a 30% tax deduction provided the partnership lasts at least 5 years.

What the market says

But how do small and medium-sized businesses respond to the government’s urging? Is there a ground for the project to proceed and not just stay on paper?

The president of the Piraeus Chamber of Commerce and Industry (EBEP), Vassilis Korkidis, speaking to “NEA” newspaper acknowledges that “the Greek economy, more than ever, needs to grow by increasing turnover and attracting investment,” but believes that there is a exaggeration in the management of the issue and the risks that lurk for small and medium-sized enterprises.

“They try to shake us up and warn us of future dangers, but also to give time to make important decisions about possible collaborations, before we are absorbed or closed under the pressure of competition from multinationals,” he notes.

He even argues that it is possible for young people to turn their disadvantages, such as lack of competitiveness, extroversion, earnings and tax capacity into advantages thanks to the flexibility they have in a digital, equal and friendly business environment that seems to be taking shape in our country.

For Vassilis Korkidis, the attitude of the financial staff and the banks will determine the increase or decrease of the SMEs.

“Dealing with systemic banks will play an important role in merging viable micro and small enterprises. The bet of empowerment and growth of Greek companies can not be won only with the mergers of micro-enterprises 0-9, but through the mobilization of resources and leverage of liquidity in the market “, he points out and adds that the small and medium-sized market” deserve and are entitled to receive the available resources of 12.7 billion euros from the lending and financial instruments, which will pass in the next period, through the banks to the Greek companies “.

In order, according to Vassilis Korkidis, for the solution or choice of mergers, cooperatives and mergers, to bear fruit and produce results, the following must happen:

More attractive incentives for synergies and “start up” synergies from the tax rate of 9% up to 10,000 euros in profits, with a subsidized reduction of insurance contributions and an investment premium.

Larger and longer-term arrangements in 240 installments of overdue tax debts and funds.

Review of the creation of a new legal form of company from the merger of “Urban Business Partnerships”.

The analysis of economic geography and priorities according to concentration, industry, activity, employment and debts is necessary so that it’s not debts that are combined, but sustainability and perspective.

The bet of the growth, empowerment and integration of the Greek SMEs to the levels of the respective European ones will be achieved only if we approach each merger or cooperation as a new investment.

When is income tax reduced by 30%

In the case of a business transformation under the following conditions:

In the case of cooperation of persons under the following conditions: