Noting that large private “coronaparties” in the past caused a media and public uproar, Dr.Yorgos Boulbasakos, head of pulmonary medicine at Greece’s largest hospital told MEGA TV, ‘We are now holding our own coronaparties all over Greece.’ 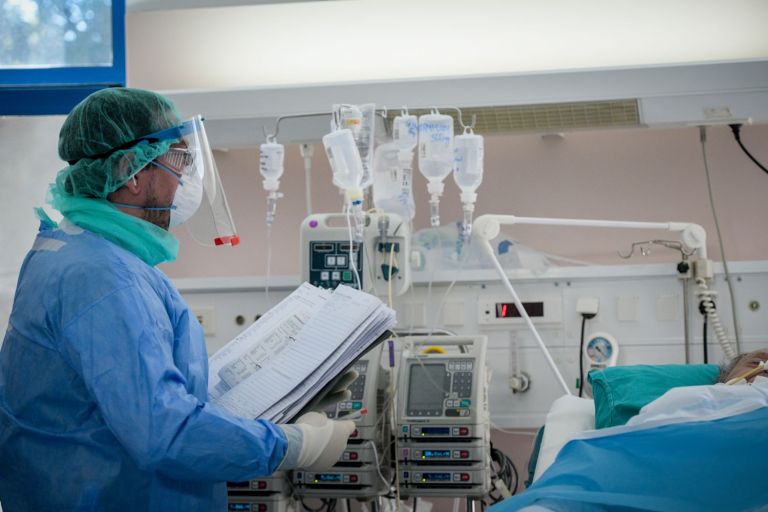 As the number of COVID-19 cases, deaths, and intubations gradually rise, authorities and experts are turning their attention to northern Greece, where an exceptionally low vaccination rate and a high number of cases has placed Thessaloniki and the broader region into the high-risk red zone.

A total of 15,598 people have died of COVID-19 in Greece since the start of the pandemic.

Thessaloniki is of exceptional concern as a religious holiday on 26 October and the 28 October national OXI day holiday (when in 1949 Greece refused to surrender to Mussolini’s forces) draws thousands of faithful and parade marchers gather each year.

Last year, the 26 October feast day of the city’s patron saint, Saint Demetrios, became a COVID-19 superspreader event as it drew many thousands of faithful without masks and huddled in a huge queue with no social distancing. That is believed to have aggravated the huge public health crisis in northern Greece, when hospital came near the verge of collapse.

Authorities have yet to announce what public health measures will be enforced at the religious festival.

The government has announced, however, that the students parade for OXI day will take place as usual on 27 October, with masks and social distancing, and the 28 October parade will have a duration of no more than an hour and will include marchers only from the Armed Forces, and not the plethora of groups and organisations that normally parade.

OXI day parades are conducted in towns and cities all over the country and that has stirred alarm among experts.

Noting that large private “coronaparties” in the past caused a media and public uproar, Dr.Yorgos Boulbasakos, head of pulmonary medicine at Greece’s largest hospital and a COVID-19 reference hospital, Evangelismos in Athens, is among the experts who have expressed heightened concern over the parades. “We are now holding our own coronaparties all over Greece,” he told Mega television.

The National Organisation for Public Health (EODY) today announced 3,199 new COVID-19 cases, seven at points of entry into the country, and 43 deaths in the last 24 hours.

The total number of confirmed cases in Greece since the start of the pandemic started is714, 283, 50.8 percent of which are men.

The number of hospital admissions of COVID-19 patients in the last 24 hours is 239, and the weekly median was 217 patients.

The median age in newly confirmed cases is 39-years-old, although a large percentage of senior citizens remain unvaccinated.