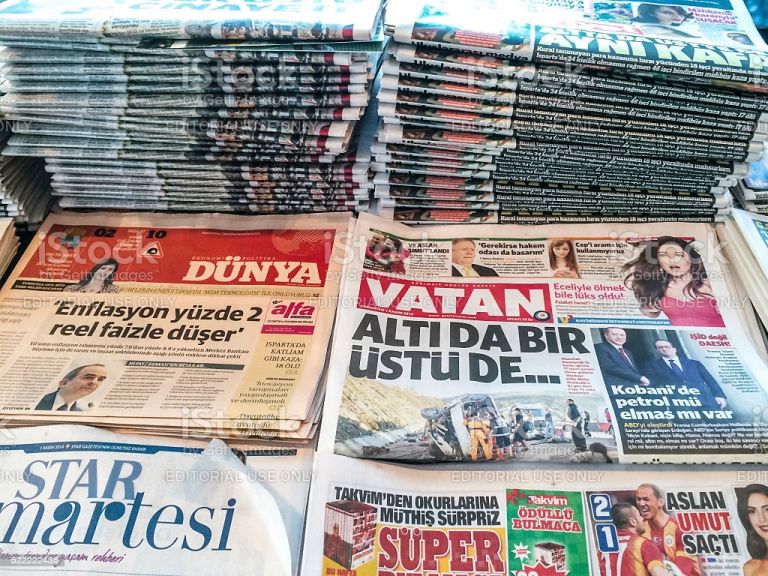 Milliyet’s report stated that Greece, ‘received the greatest support from France and the US in the [2020 Greek-Turkish] crisis in the Eastern Mediterranean’.

Greece’s agreement to buy Belharra frigates from France, along with the Greek-French defence pact, received broad coverage in the Turkish press as well as newsflashes.

Much of the Turkish media viewed the upgrading of the Hellenic Navy and the deepening of the Greece-France strategic military relationship as a hostile act against Turkey.

The Turkish press focused on the statements of Prime Minister Kyriakos Mitsotakis and French President Emmanuel Macron at a joint news conference, where they described the signing of the bilateral agreements as “an historic day”. Newspaper and other news websites clearly framed the upgrading of the Hellenic Armed Forces as a move directed at Ankara.

“Athens, which is turning ever more against Turkey in the Eastern Mediterranean, has concluded an agreement with its ally France,” read a report on the website of the Milliyet daily.

In fact, the international community – from the US and the EU to Russia – have roundly denounced Turkish provocations and hostile military actions against Greece and Western interests in the Eastern Mediterranean

The Milliyet report cites the procurement of 24 French Rafale fighter jets by Greece, “which received the greatest support from France and the US in the [2020 Greek-Turkish] crisis in the Eastern Mediterranean”.

“Defence agreement between Greece and France” was the title of an article in the pro-government newspaper Yeni Safak, which quoted Macron’s statement that, “We must collaborate to protect Greece from aggressiveness.”

The website haber3 adopted a sharper done regarding the Greece-France agreements.

An article entitled “Greece’s fear of Turkey is costly” maintains that Athens frequently deals with Turkey militarily both in the Aegean and the Mediterranean and bought frigates, paying 3bn euros to France.”
Greece bolsters its deterrent force

Undoubtedly, the Greece-France defence agreement which provides for the purchase of three next generation Belharra frigates can indeed shift geopolitical balances in the broader Eastern Mediterranean region.

The frigates, with high technology and long-range weapons systems, as regards Greece’s military capability will have a multiplier effect in the Aegean and the Eastern Mediterranean. Aside from the increased capabilities the frigates offer, they will be completely compatible and coordinate with the French Rafales.

Delivery time is of the essence

The frigates, with their extremely powerful anti-aircraft protection and their developed anti-submarine warfare capacity, will allow the Hellenic Navy to operate with greater security in the sea zone between Greece and Cyprus.

At the same time, the Greek fleet will be able to create an anti-access/area denial nexus which will make things difficult for Turkey in the Aegean and elsewhere.

“We opted for French frigates because that was the final recommendation of the Hellenic Navy. We judged that at this juncture this ship more than adequately covers the operational capabilities of the Greek armed forces,” said the Greek PM.

“There are very specific commitments on the part of France regarding the delivery of the ships within the timetables set by the Hellenic Navy,” he added.