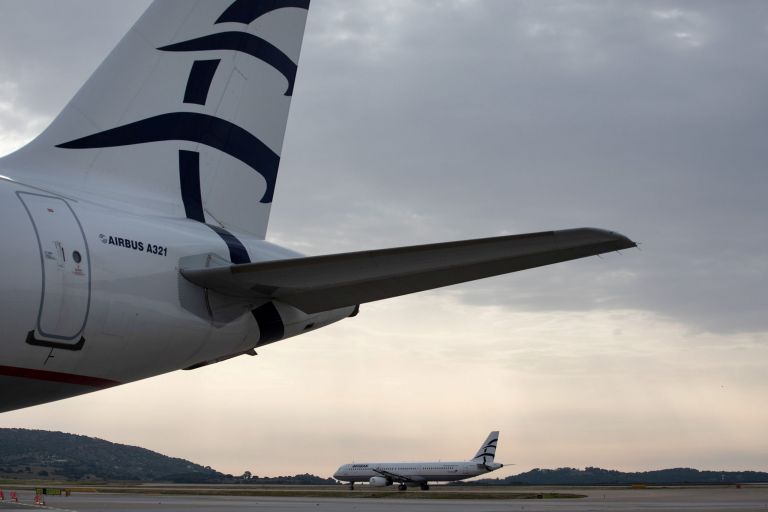 Although the consequences of the pandemic will be visible in the coming years, the forecasts for 2022 are very optimistic

AEGEAN will close the first profitable quarter after the pandemic hit at the end of September, as it prepares for the first year with full activity.

The course of this summer, during which our country was among the top destinations in Europe, showed signs of steady recovery.

Although the consequences of the pandemic will be visible in the coming years, the forecasts for 2022 are very optimistic. Giving weight to the Athens hub and accelerating the receipt of new aircraft for 2022 and 2023, AEGEAN is preparing for the day after.

During the teleconference for the results of the first half of 2021, the president of AEGEAN, Mr. Eftychios Vasilakis developed the central axes of the strategy from now on. We have left the worst behind. The third quarter of 2021 will be the first profitable quarter after the outbreak of the pandemic,” he said.

In fact, the country’s largest airline will stop losing money and with the performance of the third quarter is expected to cover the losses of the second. This means limiting losses for the current year, but it does not cover the whole year that remains difficult.

Signs of recovery and the role of Athens

However, the picture in the aviation market seems to be changing and our country after the positive performance of this summer has built a base for a return to normalcy from 2022. Next year will be the first in which travelers are expected to be more willing to travel , as vaccination and the European digital certificate have built a firewall against the pandemic.

Of course, as Mr. Vasilakis pointed out, the particularly positive course of Greece, which picked up pace from July and “took off” in August, achieving a recovery of 95% of flights compared to Europe, which gained 70 % of traffic compared to 2019, also created intense competition. Even the largest airlines in Europe, which do not fly with most of the routes they had before the pandemic, preferred to increase their presence in Greece.

“This gives an advantage to a company based in Greece, but it certainly intensifies the competition,” said Mr. Vasilakis.

In this environment, AEGEAN restored in August 80% of the flights of 2019, a number higher than the European average, and with fullness that moved lower by 12% -15% compared to 2019. This is maintained in September and creates momentum for the extension of the season until the end of October.

In particular, as Mr. Vasilakis noted the period from October to March 2022, the company is estimated to be at -12% to -25% of its activity, given that our country does not present high rates of winter tourism.

Also, the strategy for the next period, as Mr. Vasilakis pointed out, includes the further strengthening of the destination of Athens as the “Eleftherios Venizelos” Airport is a hub connecting the destinations abroad with both smaller islanders and the rest of mainland Greece.

At the same time, he estimated that, despite the damage that citybreak destinations have suffered through the pandemic, Athens will begin to recover -even as a stopover- after the historical lows recorded during the health crisis. He also put the airports of Heraklion and Thessaloniki in the frame, where AEGEAN is also going to strengthen its bases.

Covering the lost ground faster for the new aircraft

In the field of ordering new aircraft, AEGEAN will fly with a total of 30 new aircraft in its fleet from the summer of 2023, after the acceleration of the deliveries of the large order from Airbus. In fact, this development covers the lost ground of the pandemic and the airline will achieve the goal of its initial order of A320neo, despite the fact that in 2021 it received only one new aircraft.

As Mr. Vasilakis said yesterday, after a new negotiation with Airbus, the large volume of new deliveries is accelerating for the years 2022 and 2023, in relation to the adjustment that had been made at the peak of Covid-19 and was reaching 2025-2026. In particular, within 2022, 12 new aircraft will arrive in Athens and another 10 within 2023.

“Our goal is for the core of the aircraft with which we will fly throughout the year, to include 30 new aircraft as soon as possible,” said the president of AEGEAN, stressing that by the summer of 2023 this will have been achieved.

This of course means that the company’s outflows for the new aircraft are also accelerating. The total net outflows in advances from the second half of 2021 until the first quarter of 2022 will amount to approximately $ 115 million (€ 100 million).

As Mr. Vasilakis explained, with the renewal of the basic core of the company’s fleet, AEGEAN will be able to reduce its operating costs as the A320neo is more efficient. At the same time, the life time of older aircraft will be extended, while their maintenance costs will be reduced, as they will fly fewer months and travel fewer miles each year. AEGEAN flies during the winter months with a total of 55 aircraft and during the summer season the fleet is strengthened.

The total delivery time, however, remains in 2026, but new receipts will be made forward. It is recalled that the initial agreement would be completed in 2024.