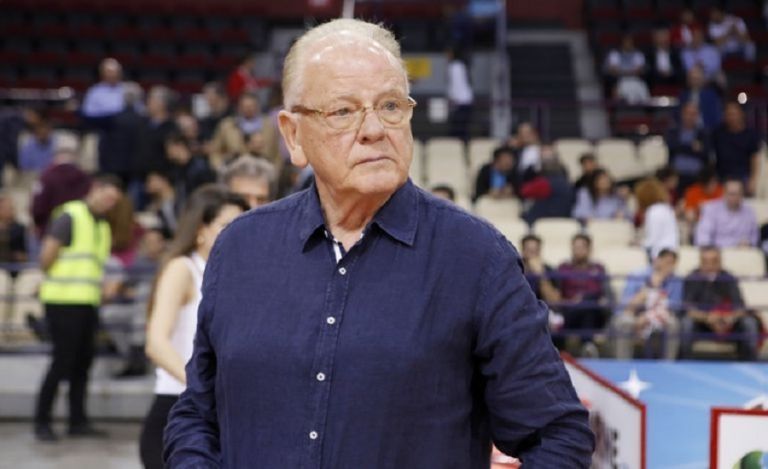 Dusan Ivkovic “passed away” at the age of 77, shocking world basketball

In 2008, he was named one of the 50 Greatest EuroLeague Contributors. He was elected to the FIBA Hall of Fame in 2017. He was also named a EuroLeague Basketball Legend in 2017.

Ivković played club basketball at the senior level, from 1958 to 1968, with the First Federal Basketball League club Radnički Belgrade.

In 1997, he was named the best European professional basketball coach,[citation needed] after having coached several clubs to domestic championships and to the EuroLeague Final Four.

In 2014, he signed a two-year contract with the Turkish team Anadolu Efes, starting to coach from the 2014–15 season.

Assistant stints with the junior national team
In 1976, thirty-two-year-old Ivković was brought in as assistant coach of the Yugoslav under-18 (junior) national team by its newly appointed head coach Luka Stančić. At the 1976 European Championship for Juniors in Santiago de Compostela, the team featuring youngsters Aco Petrović, Miško Marić, and Predrag Bogosavljev won gold.

Two years later at the 1978 European Championship for Juniors in Roseto degli Abruzzi, the Stančić-Ivković duo was back again to lead a new batch of Yugoslav under-18 junior prospects featuring Petar Popović, Bogosavljev, and Ivan Sunara. The team won bronze this time. Ivković got hired to be KK Partizan’s head coach a few weeks after the championship, his first top-level head coaching job.

In 1980, Ivković, who by now had a bit of a head coaching resume behind him and was about to sign for Greek League runners-up Aris, still agreed to assist Stančić again at the 1980 European Championship for Juniors held at home in Celje. With a roster featuring Goran Grbović, Zoran Čutura, Branko Vukičević, and Žarko Đurišić, the team got silver after losing to the Soviets in the final.

Head coach
In summer 1983, Ivković coached the Yugoslavian team featuring 18-year-old Dražen Petrović at the Universiade in Edmonton, getting silver after losing to Canada in the final.

Also in 1987, Ivković succeeded Ćosić as head coach of the senior Yugoslavian national basketball team, and held the post until the breakup of Yugoslavia, in 1991.

Ivković then assumed the head coaching position of the senior FR Yugoslavia. He guided the team to a gold medal at EuroBasket 1995, in the country’s first official appearance since the UN lifted sanctions against FR Yugoslavia. Following EuroBasket, Željko Obradović took over as head coach, while Ivković assumed the role of team manager. Both Obradović and Ivković remained in their posts until jointly resigning in November 2000, following a 6th-place finish in the 2000 Summer Olympics.