Dendias to Cyprus and Israel for talks 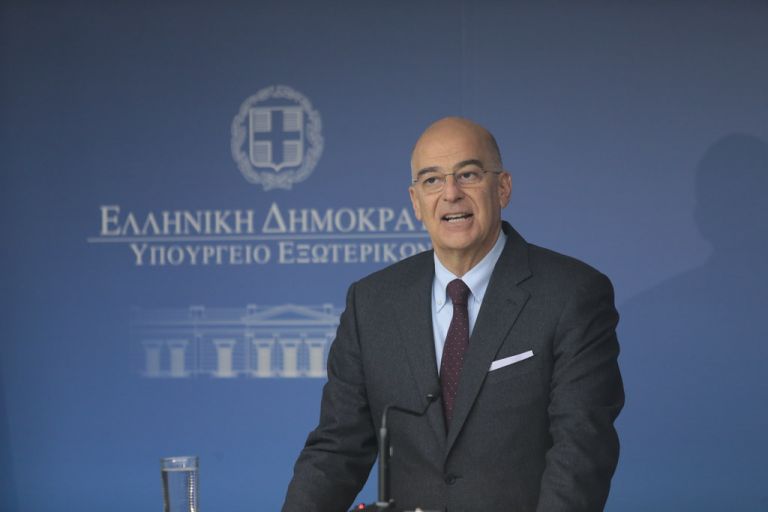 Greek-Cypriot close co-ordination to address Turkish provocation is expected to be at the heart of Foreign Minister Nikos Dendias’ current contacts in Nicosia, a day after the 47th anniversary of the Turkish invasion of Cyprus and the Turkish side’s declaration of secession of the enclosed area of ​​Varosha.

In a telephone conversation he had on Tuesday afternoon with his Cypriot counterpart, Nikos Christodoulidis, Nikos Dendias expressed Greece’s solidarity with the Cypriot people and government.

Afterwards, Nikos Dendias informed US Undersecretary of State Victoria Nuland by telephone about the illegal Turkish actions in Varosha.

In addition, the Foreign Ministry, in a statement issued yesterday, strongly condemned the Turkish side’s announcement of the declassification of part of the enclosed Varosha region and called on Turkey to respect the relevant decisions of the Security Council. This declaration is a clear violation of UN Security Council Resolutions 550 (1984) and 789 (1992), as well as the European Council Conclusions, which call on Turkey to refrain from unilateral and provocative actions that destabilize the region. Stresses the need to maintain the status of the Varosha enclave, calling on Turkey to respect Security Council resolutions such as 550 (1984), 789 (1992) and 1251 (1999).

At the same time, he assured that Greece, in full coordination with the Republic of Cyprus, remains committed to resolving the Cyprus issue on the basis of a bi-zonal bi-communal federation, as defined by the relevant UN resolutions and is compatible with the principles of the European Union. “Principles we call on the EU candidate country, Turkey, to respect,” he said.

The Foreign Minister’s visit to Cyprus is part of the support for the efforts to resolve the Cyprus issue on the basis of the relevant Resolutions of the UN Security Council and the European acquis, ie a bi-zonal, bi-communal federation.

In particular, in Nicosia the Minister of Foreign Affairs is expected to be received by the President of the Republic Nikos Anastasiades. Afterwards, he will meet with his counterpart Nikos Christodoulidis, as well as with the mayor of Famagusta Simos Ioannou. Around 14:00, the Foreign Ministers of Greece and Cyprus will make joint statements.

Earlier, Nikos Dendias will go to Israel, where he will meet with his new counterpart Jair Lapid. The talks are expected to further strengthen the already excellent cooperation between Greece and Israel in all areas, multilateral cooperation schemes in the region, as well as developments in the Eastern Mediterranean and the wider Middle East.