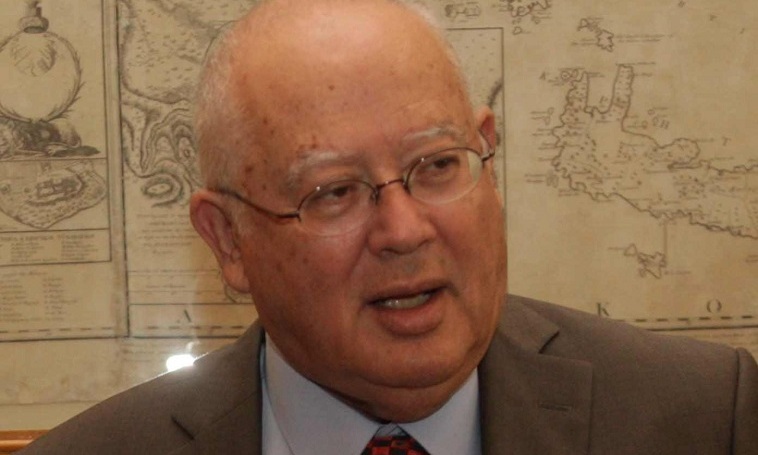 Back then Greek public opinion was characterised – some say it still is – by reflexive support for the Palestinians which “blurred” and hindered a realistic reading by Athens of regional developments.

Looking back, 2010 was a crucial juncture in Greece-Israel relations.

The initiative of Benjamin Netanyahu and George Papandreou to forge closer relations between their two countries – exploiting the Israel-Turkey clash in the “Mavi Marmara” affair which injured the “strategic underbelly” of Ankara-Tel Aviv ties – redefined regional developments and since then has been one of the anchors of Greek foreign policy in the Eastern Mediterranean and beyond, with the consent of the entire Greek political system.

At the beginning of that rapprochement Arye Mekel was Israel’s ambassador to Athens.

Back then, I had the opportunity to become well acquainted with the man who passed away a few days ago at the age of 74, following a tough battle with cancer.

Tireless and intelligent, between 2010 and 2014 he laid the groundwork for today’s Greece-Israel ties. He was succeeded by ambassadors Irit Ben-Aba and the current ambassador, Yossi Amrani, who have also left their mark on the deepening of Israel-Greece ties.

A former Deputy Permanent Representative of Israel to the United Nations (2003-2004), diplomatic advisor to Yitzhak Shamir, consul general in both New York and Atlanta, spokesman and alternate director-general of the Israeli foreign ministry, Mekel had the requisite “mix of experience” to assume the sensitive post of ambassador to Athens.

One must not forget that Greek public opinion was characterised – some say it still is – by reflexive support for the Palestinians which “blurred” and hindered a realistic reading by Athens of regional developments. Naturally, that is not at all to say that the just claims of the Palestinian people should be underestimated or ignored.

Mekel had another qualification that greatly facilitated his service in Greece, and perhaps not only here.

As a former journalist (he had previously served as director of the Israel Broadcasting Authority), he had the ability to read between the lines and to discern intentions and developments.

Today, Athens and Tel Aviv have formed a strategic relationship.

Those who have experienced and remember all that has occurred over the last years, especially in the areas of defence and information, can understand the significance of the Greece-Israel rapprochement and of the fashioning of two basic three-way collaborations – Israel-Greece-Cyprus and Greece-Cyprus Egypt, as well as the “3+1” scheme (Athens, Nicosia, and Tel Aviv with the participation of Washington).

These thoughts are a humble tribute and farewell to a person that this writer saw before all else as a friend.