Metro: The great challenges of Line 4

It will serve 340,000 passengers daily. Car travel will be reduced by 60,000 on a daily basis, while the reduction of CO2 emissions is estimated at 318 tons. 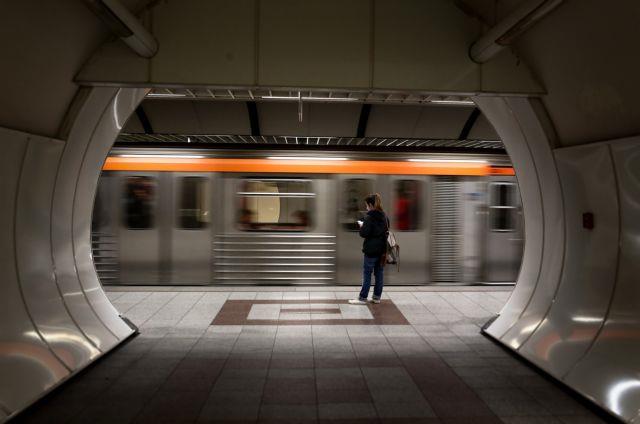 The time for the public work project of the decade has arrived. The contract for the construction of the first phase of the new Line 4 of the Athens metro, which will connect the Veikou Grove in Galatsi with Goudi, will be signed tonight, in the presence of Prime Minister Kyriakos Mitsotakis. The huge project, with a budget of 1.8 billion euros, with a story that began in the mid-1990s, through a series of new plans, announcements and obstacles, and after the “brake” of ten years economic crisis, is now on track.

The return to the metro to the center of Athens will be faced with new bets and challenges. On the one hand, the construction of the new 12.8 km long line, with 15 new stations, will bring a reasonable disruption to the daily life of citizens, especially drivers, who will have to adapt after more than 10 years in the presence of construction sites. in town. On the other hand, it will give new life to the construction industry, creating new jobs.

As stated by the Minister of Infrastructure and Transport, Mr. Costas Karamanlis, presenting the project to the Production and Trade Committee of the Parliament, this will have a positive environmental footprint as the average daily energy saved is estimated at 1,216 MWh and the average daily CO2 reduction is estimated at 318 tonnes.  Line 4 will carry a total of approximately 340,000 passengers per day, while car travel is expected to decrease by 60,000.

The first part of the line, in which 18 automatic dviver-less trains will “run” (a system that will be implemented for the first time in our country in the Thessaloniki metro), will cover at peak hours the need to transport 8,000 passengers in 2030, in the section with the largest load “Evangelismos-Kolonaki”.

New transport map for the capital

The need to reach the metro in densely populated areas of the center, such as Kypseli, Kolonaki, Goudi, but also in neighborhoods such as Galatsi, Kaisariani, Zografou, was initially reflected in the form of extensions of the existing Lines 2 and 3 in the Metro Development Study 1996-2000. As a result of the studies, it finally took the form of a new, autonomous “U” shaped line, as it was found that the logic of the extensions would require shutdown of the line, reduction of the frequency of the routes and higher costs.

The axis “Alsos Veikou – Goudi”, will unite important points of the city, such as the Athenian Trilogy with the largest academic institutions (University of Athens, Polytechnic, Polytechnic Campus, University Campus, Medicine), the Courts of the former Evelpidon School, the hospitals, the hospitals and Laiko, as well as many public buildings and ministries.

The city center will be served by 4 new stations in Exarchia, Kolonaki, Akadimia, and Evangelismos, where the last two will be stations of correspondence with the existing Lines. The citizens who will be served in terms of their residence within a radius of 500 m from the stations amount to 295,000, while the served jobs approach 120,000.

A construction with many challenges

The main tunnel throughout the project will be double track and will be constructed with full tunnel boring machines (TBM), designed and equipped according to the latest technology and taking into account the expected geological, hydrogeological, and geotechnical conditions in the project areas, except for tunnel sections and underground stations where the underground excavation will be implemented by conventional mechanical means.

In fact, the construction of the first phase of Line 4 will be the first project in the country where Building Information Modeling (BIM) will be implemented. Based on the announcement of Attiko Metro, the studies will include all the necessary procedures for the complete digital representation of the physical and functional characteristics of the projects in 3 or more dimensions, so that these characteristics are connected to all the information of the project (studies, networks , equipment, specifications, materials, suppliers, test reports, etc.) through organized and interdependent databases. The final project file will be in BIM format.

The challenges that will have to be faced are not few, as the project crosses the Ilissos river and its tributaries but also the torrents that pass through Turkovounia in Galatsi, Kypseli and Alexandras Avenue. Of particular importance for the construction of the “Goudi” station, is the maintenance and non-disturbance of the existing rainwater pipeline of a stream of the Ilissos river, which has been boxed.

Line 4, the depth of which ranges from 20 m to 35 m, intersects old water projects, such as the Peisistratio Aqueduct. Also, at the “Galatsi” station, where the possible future “sinking” of Galatsi boulevard has been taken into account, careful management of the High Voltage powerlines of PPC and the Natural Gas network is required.

Corresponding issues are identified in Kolonaki, where the station is located on the square, while the station “Academy” will be located between the main building of the University of Athens and the Cultural Center of the Municipality.

The part of the tunnel between the station “Kolonaki” and the new “Evangelismos”, which is located inside the park and next to the existing station, will pass under the existing Line 3. There will be care not only for the smooth operation of existing system, but also for the safety of construction.

Of course, when digging into neighborhoods of Attica, the possibility of important archaeological finds should always be taken into account, as well as possible difficulties in the expropriations, which can not be predicted from the beginning. It should be taken into account that a new branch of Line 4 that will be connected with uneven railway connections with the main branch will be able to be directed from the station “Evangelismos” to Pagrati, Vyronas, and Ano Ilioupoli. It will essentially be part of a future Line 5. The three central stations, namely “Akadimia”, “Kolonaki” and “Evangelismos”, will probably be joint stations, with the construction of intersecting tunnels.