Op-ed: Two reasons for the crisis of political parties

The ‘cartel party’ finds its formal expression in parties of the political right or centre. Yet left-wing parties do nor remain unaffected even though they have stronger resistances. 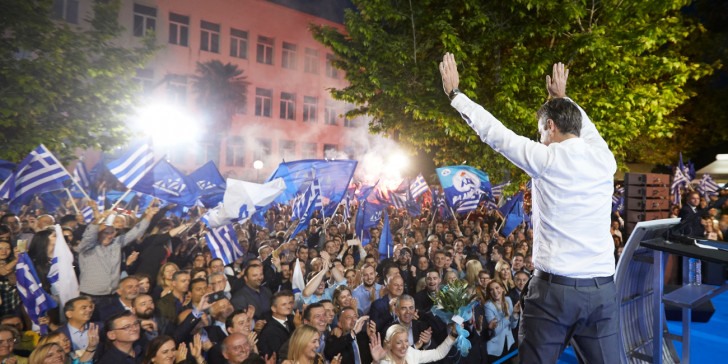 The debate over parties and party systems emerges from time to time in critical political theory circles but also in broader public discussion.

That is because parties, the fundamental institutional form of political representation of social classes and groups, are in deep crisis.

The first and overarching reason is that political parties are transforming, changing from representative social groupings ever more into a sub-system of the state and of its political mechanism.

Political theory calls them “cartel parties”. They do not seek ideological, policy-based, human, and economic resources in society. Instead, they find these almost ready in the state and the mechanisms of continuity that it has built and deepened.

The cartel party finds its formal expression in parties of the political right or centre. Yet left-wing parties do nor remain unaffected even though they have stronger resistances in dealing with this transformation.

There is yet another cause for the crisis in left-wing parties. They, along with other forms of social mobilisation and representation (such as trade unions), were formed “in an era when the majority of the population was illiterate or with a low level of education and when communications were limited to certain social elites (Op-ed Ef/Syn daily, 05/06/21, by Professor Antonis Liakos and Myrsini Zorba).

“Old-style” parties operated as “anti-society” structures, as mechanisms of politics and not just of socialisation, as mechanisms for the dissemination of information, as a space for cultural practices and edification, and even as substitutes for the social state.

In this environment, it was obvious that parties sought and found resources in the more cutting edge, educated and moral exponents of social life.

In that sense, the avant-garde was not an ideological construct of a party bureaucracy but rather an objective reality.

It is obvious that all that has changed. The level of knowledge and education in society is much higher. The manner and process of socialisation, information, and the accrual of political capital has changed radically.

Consequently, a party that refuses to transform and remains stagnant and stuck to the idea that the “organised, active part” constitutes the natural avant-garde as compared to the rest of society repels people and skews any concept of an avant-garde.

At the same time, thousands of small and large networks in all quarters comprised of all social subjects have woven a new mosaic of mass political participation, of shaping public opinion, of tabling proposals, providing information, and devising forms of mobilisation.

They distrust traditional forms of party politics but they are also splintered. The old forms think in terms of “recruitment”, guidance, and bureaucracy.

Hence, they become even more distanced from the concept of the “party as a collective intellectual” and from the process of liberating the social dynamics that exist in society. They do not at all contribute to an essential unification of the highly splintered networks into a programme of political representation.

What was the definition of a “party” in classical political theory? It was the merging of social practices and theories into a political programme of social representation.

As long as those conditions are not met and “parties” function as tools of professional politics, then the crisis regarding what form they should have will become deeper.
Christophoros Vernardakis is a professor of political science and a main opposition SYRIZA MP from Athens’ First Electoral District