Greek Minster at EU meeting: Post-pandemic recovery must be based on viable solutions, aimed at boosting climate resilience 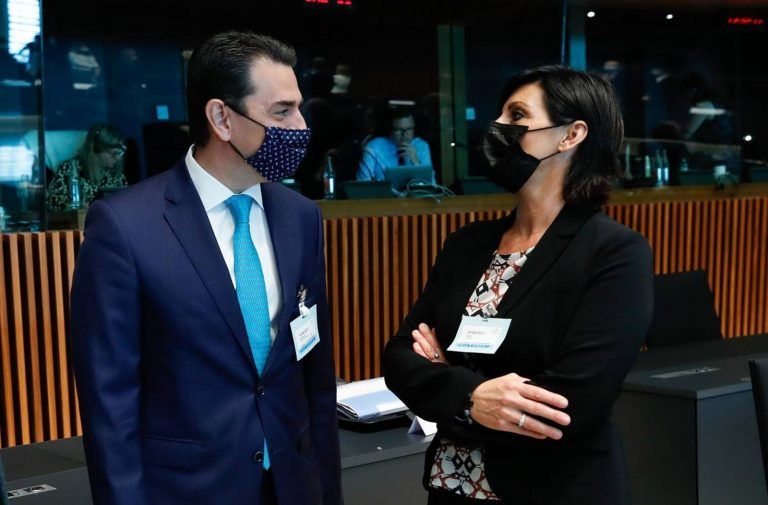 European Union environment ministers on Thursday approved the Union’s new climate change adaptation strategy, a blue-print of initiatives and actions until 2050 to transform the continent into a adapted to the phenomenon’s “inevitable impacts”, as they said.

The 27 ministers adopted conclusions providing political guidance to the European Commission in terms of implementing strategy. The latter was presented by the EU executive last February.

“Climate change is not only a future threat. It is happening now,” according to Portuguese Minister of Environment and Climate Action, João Matos Fernandes, who hosted the meeting, as Portugal holds the Union’s rotating presidency.

“We must be better prepared for its consequences for human health, nature and the economy. The conclusions adopted today initiate a strengthening of adaptation action,” he added.
In his statement, Greek Energy and Environment Minister Costas Skrekas referred to the now visible repercussions from climate change, which comprises the next major global crisis, as he warned.

“Economic recovery from the unprecedented public health crisis must be based on viable and effective solutions, ones aimed at increasing climate resilience,” he told EU counterparts.