Moreover, the Act provides that the batch procured by Greece should include the eight F-35s that were slated for Turkey, which has since been excluded from the construction programme. 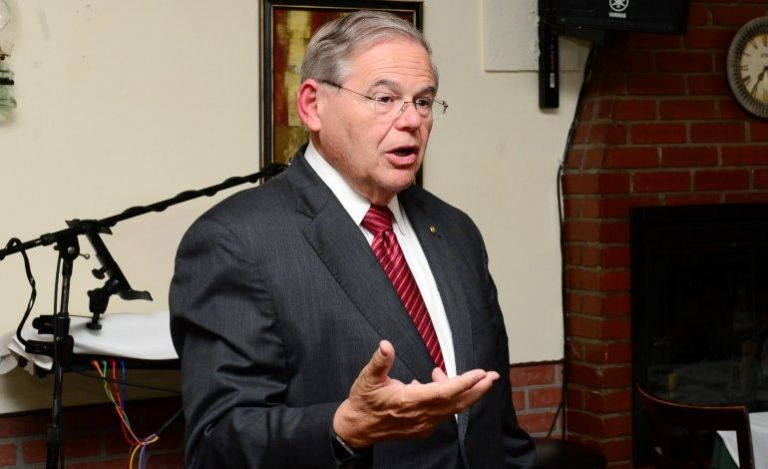 In a move, charged with weighty geopolitical significance that can lead to a further strategic upgrade of Greece in US geostrategic planning, Democratic Senator and Chairman of the Committee on Foreign Relations Bob Menendez today tabled an Act designed to further bolster US-Greece military cooperation.

According to information obtained exclusively by To Vima, the US-Greece Defense and Inter-Parliamentary Partnership Act of 2021 does not merely underline the significance of US-Greece military cooperation.

It calls for specific actions such as backing and approving a Greek purchase of 5th generation F-35 fighter jets [Lockheed Martin] and offering Greece loans to procure new weapons systems, which is exceptionally important as regards the upcoming purchase of the Hellenic Navy’s new frigates.

Regarding a prospective future Greek purchase of F-35s, the Act calls for authorising the US President to expedite delivery of the order.

Moreover, the Act provides that the batch procured by Greece should include the eight F-35s that were slated for Turkey, which has since been excluded from the construction programme as a result of US sanctions stemming from Ankara’s procurement of the Russian S-400 anti-missile system.

The Act acknowledges that Greece is a pillar of stability in the Eastern Mediterranean and notes the importance of the “3+1” cooperation (between Greece, Israel, Cyprus, and the US) which now entails sectors such as energy but is to expand to include security and other issues.

It also provides for the feasibility of constructing new infrastructure at the crucial Souda Bay Base in Crete, as well as funding for infrastructure projects – such as ports and shipyards – from the US development bank DFC [US International Development Finance Corporation].

The Act calls for offering Greece priority in the delivery of excess army materiel (through the EDA, Excess Defense Articles, programme) from 2022 to 2026.

The Act also clarifies that the US is prepared to offer 25mn dollars annually during that period so as to allow Greece to replace Russian systems in the Greek arsenal where that is feasible.

It calls on the US to bolster its cooperation with Greece, Cyprus, and Israel on the issue of maritime security and to expand and deepen the US-Greece Mutual Defense Cooperation Agreement. It also calls for the establishment of an Energy Centre of the Eastern Mediterranean as provided in the East Med Act of 2019.
It also extends from 2022 to 2026 one million dollars in annual aid to Greece from the International Military Education and Training (ΙΜΕΤ) programme.

The Act provides for the creation of a “3+1” inter-parliamentary group with the participation of six US Senators who will meet at least once a year with Greek, Cypriot, and Israeli MPs.

The group is to discuss issues such as maritime security, defence cooperation, energy, and combating malicious activities by countries such as Russia and China.

The Act must be passed by both the Senate and the House of Representatives to come into effect.

According to sources, that may be done promptly (possibly by the end of the month) by the Senate Foreign Relations Committee as the Act has bipartisan support and was co-sponsored by Menendez and Republican Senator Mark Rubio.