Links with bad cops have skyrocketed over the last years. One often sees collaborations between prisoners who have been released and prominent figures in economic and social life. 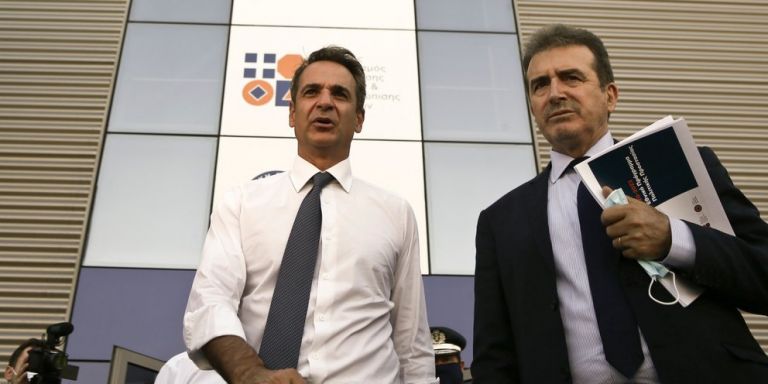 «Poisoned, time lies in wait
to find you in the narrow paths of the underworld…
The birds and peacocks of the nether regions
Embroider your suit with light and dark night
People gnash and sharpen their jaws
Jumping and running to meet you half-way…»

The inspiration of the late, great poet-lyricist Manos Eleftheriou when he wrote these verses, for a song by composer Stavros Kougioumtzis first sung by Yorgos Dalaras in 1974, was rooted in imagery from the darkest eras in the history of Modern Greece.

He could never have imagined, of course, that the verses would perfectly suit everything that has transpired over the last years in the rapidly evolving underworld of organised crime in our country.

Now, everyone appears to be at a loss in trying to deal with the problem. Ruthless murderers lurking out there are acting with impunity as they weave a “black suit” for a society already sorely tested by an over decade-long economic crisis that brought with it social disaster.

The competent authorities have no doubt that the street wars in Athens do not entail only various forms of typical crime cycles, but rather extends to an array of economic activities.

Competing crime rings no longer confine themselves to routine blackmail or protection. With leaps and bounds they are spreading out to other markets and activities in order to increase profits, gain influence and power in the state framework, meaning authorities and policies.

The ultimate aim is social legitimisation and acceptance.

This is not an exclusively Greek phenomenon. It is happening all over the world including well-organised European countries.

It poses a major threat – corrosion of economic and political systems and ultimately of democracy itself.

There is a specific organised crime growth chain. It begins with simple and unalloyed criminal activity, using violence and blackmail that gradually allow collaboration, participation and prevalence.

The magnitude of illegal revenues helps fund a host of other contraband acts – along with tax avoidance through legitimate markets – such as fuel, bread, coffee, scrap, entertainment, restaurants and cafeterias, electronic gambling, and much more.

The mushrooming of activities allows strong legal representation and the building of ties with authorities – police and political.

Links with bad cops have skyrocketed over the last years. One often sees collaborations between prisoners who have been released and prominent divs in economic and social life. They nonchalantly appear together in public now.

As Citizen’s Protection Minister Michalis Chrisohoidis pointed out, there is an odd osmosis between the underworld and the upper world in progress, with an impact on the country’s economic and political life.

He has recorded in detail a broad cycle of illegal activities and ties with authorities and legalised entrpreneurship.

He is familiar with people and cases, cooperates with European authorities on cross-border transactions, and is issuing signals and messages in all directions. He recently presented the full dossier to the judiciary in order to expedite the process.

The issue far exceeds the authority of one minister.

The Prime Minister himself must back the entire effort to reveal and root out the intertwined tentacles of organised crime.

He must back his knowledgeable and experienced minister with deeds, isolating arrogant cadres in the PM’s office who are lured by conspiracy theories and prone to easy judgment and unspoken influences.
The PM must undertake initiatives and declare war on violence and illegality that are harming society, corroding the economy, and threatening democracy.

He must do so now, before it is too late.