Line 4: The tunneling machines rev up 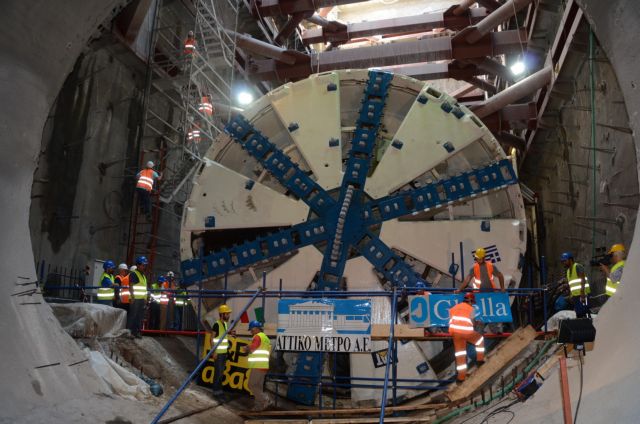 The Ministry of Infrastructure and Transport is opening space for the first construction sites of Line 4 of the Athens metro. The gears that will set in motion the largest construction project in the country, with a budget of 1.8 billion euros, have begun to move. The subway is starting to wake up to get to work, starting in 2022, in the center of the capital after more than fifteen years.

The first spaces in Veikou Avenue, Exarcheion Square, Kolonaki Square, Evangelismos, GNA and Katehaki have been assigned to the Attica Metro, with decisions of the Minister of Infrastructure and Transport, Mr. Costas Karamanlis, published in the Government Gazette. It is noted that Line 4 will transport approximately 340,000 passengers per day, while travel by car is expected to decrease by 53,000 per day.

The first step will be made with the start of the preliminary works by ERETVO for the preparation of the ground where the main project will take place. The contract for the preliminary works, for the first phase of Line 4, “Veikos-Goudi Grove”, with a budget 33.5 million euros (excluding VAT), includes the relocation of utility networks, the traffic studies and bypasses, demolition works, archeological works.

The construction sites will then pass into the hands of the contractor of the main project, whose contract is expected to be signed immediately after passing through Parliament. The temporary contractor of the big project is the AVAX-GHELLA-ALSTOM consortium, which as soon as it takes over will start the studies, while 6 months later the receipt of the first station spaces from the Attiko Metro will begin. Gradual station deliveries will follow in 8-10-12 months.

Which areas are now in the hands of Attiko Metro

The first of the three total waves of construction sites for the preliminary works includes 9 sites, starting from the two ends of the project, in Alsos Veikou and Katehaki, to prepare the wells from where the tunneling machines will enter to start the construction of the tunnel, as well as and at the stations Akadimia, Evangelismos, Exarchia, Kolonaki and the wells in Library, Evangelismos Branch and GNA.

Already, it has been decided to return to the Attica Metro the following spaces: area of ​​15,870 sq.m. on Veikos Avenue at the height of Veikos Grove, at the station “Exarchia” of 3,230 sq.m. on the square at the junction of Spyridonos Trikoupi and Stournari streets, at the “Kolonaki” station of 4,090 sq.m. located on the square at the junction of Patriarchou Ioakeim and Kanari streets, at the station “Evangelismos” of 2,860 sq.m. and 7,990 sq.m. on Vassileos Konstantinou Avenue at the junction on the one hand with Spyros Mercouri and on the other with Rizari, and in Katehaki with areas of 2,350 sq.m. inside the plant nursery of the Municipality of Athens and 5,500 sq.m. at the junction of Mesogeion Avenue with Kanellopoulou Avenue.