Goldman Sachs expects 7% growth of the Greek economy by 2026 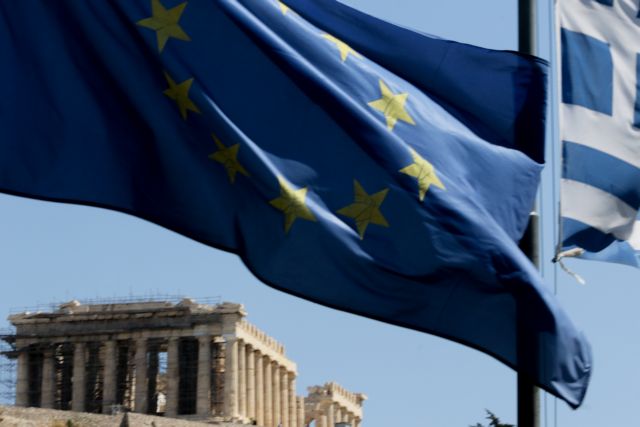 Goldman Sachs estimates that the Greek economy is expected to gain momentum, with a boost from the resources of the Recovery Fund, after the submission of the “Greece 2.0” plan.

Goldman Sachs estimates that the Greek economy is expected to gain momentum, with a boost from the resources of the Recovery Fund, after the submission of the “Greece 2.0” plan.

As Goldman Sachs points out in a new report entitled “Small economies, old challenges and new opportunities” that the Recovery Fund will lead to an increase in Greek GDP by at least about 7% by 2026.

According to the American ratings agency, Greece and Portugal submitted their national plans (NRRP), providing significant budget support of 18% and 9% of GDP, respectively, for the period 2021-2026. In addition, the Recovery Fund mechanism, which combines investment with a reform framework, has the potential to increase growth momentum in southern Europe.

As Goldman Sachs points out, the Recovery Fund is providing the necessary “stimulus” to Greece and Portugal after a decade of disappointing growth in production and productivity compared to other European countries, while the sluggishness of the domestic investment sector over the last 5 years is the “root” of this low efficiency. In total, the national plan covers 18% of GDP (9% in Portugal), thus providing the country with the opportunity to fill the gap with the EU that emerged, five years before the pandemic.

Greece and Portugal will benefit from a significant fiscal boost, planning to use a large portion of the Fund’s lending to support and co-finance private investment.

Goldman Sachs estimates that the Recovery Fund will increase the level of GDP by at least about 7% in Greece and 5% in Portugal by 2026.

In what the American agency points out, it states that the economic performance of the two countries has been significantly below the European average for the last 20 years.

Following the temporary boom before the global financial crisis, Greece’s per capita GDP has fallen, in relative terms, almost 55% from the EU average, while the delayed economic performance between these two countries and the rest of the EU countries reflects a consistently lower level of investment and a relative squeeze in productivity growth.