In the midst of the tempest caused by the unprecedented public health crisis, we are witnessing in public life the prevalence of small but entirely irrational civil wars. 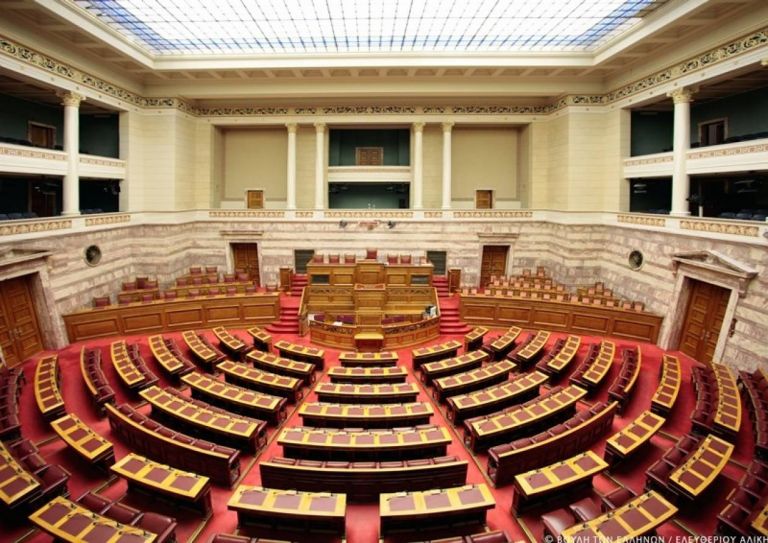 Undoubtedly the current public health, economic, and political conditions are not the best for celebrating the bicentennial of the beginning of the Greek War of Independence.

At an historic juncture and at an extraordinarily difficult time for the country and its citizens we see ample evidence of the worst aspects of our life as a nation since the revolution of 1821.

In the midst of the tempest caused by the unprecedented public health crisis, we are witnessing in public life the prevalence of small but entirely irrational civil wars which aggravate existing confusion, tensions, hatred, and passions.

The tensions and difficulties wrought by the pandemic are plain to see and there are no magic solutions that can help one transcend it safely and without serious repercussions.

All over the world a wide variety of schemes and models for the political management of the crisis were implemented. In the Western world in particular none of them were completely successful.

Only China can boast that it was more successful in checking the epidemic but it is not a liberal democracy and it implemented absolutely authoritarian policies of policing and monitoring that no country in the Western world could endure.

It is therefore necessary to put things in order.

Obviously over the one year of the pandemic mistakes were made in our country as well.

The first lockdown last spring was enforced in a timely and successful manner.

After that and in light of the pressures on the economy and society there was a loosening of measures that led to disorganisation and a spike in transmission of the virus.

Last autumn in northern Greece the endurance of the National Health System was sorely tested.

Athens now faces a similar situation because the protracted “lockdown” did not bring the desired results and the fatigue of the public led to the circumvention of public health measures.

Clearly, the Greek National Health system has long needed to be bolstered and that is still the case.

There should have been a heavier schedule of routes in mass transit and demonstrations and a public backlash should not have been encouraged.

Nevertheless, Greece has proportionately fewer victims that many other European countries. Doctors and health workers have struggled valorously and most citizens are abiding by protective measures.

Right now we are at a critical juncture. The vaccine rollout is underway and most people concur that it is well organised and is clearly paying off.

Corrections to public health measures may be need but obviously they cannot be lifted in one fell swoop while the third wave of the epidemic is raging.

Logic dictates that the vaccine rollout must be expedited and that there must be self-restraint in all quarters – including political parties – in order to achieve a basic wall of immunity that can protect those over the age of 60 and those in vulnerable groups in order to spare the National Health System the enormous burden of the increase in hospitalisation.

At the same time, there must be systematic preparation so that as the weather gets warmer one can gradually and prudently open up the economy and reduce the need for the state to keep it on financial life support.

One must methodically lay the groundwork for the next day in order to exploit the money to which Greece is entitled from the EU Recovery Fund, which constitutes an opportunity to restructure and rebuild the economy.

This is what logic and the national interest demands.

From that vantage point, and with the struggle of our ancestors in mind, all political parties must contribute their share and avoid sterile skirmishes that undermine the management of the pandemic and delay economic reconstruction.