Editorial: The ‘trolls’ of mudslinging

The US was the most indicative case as networks of all sorts of “trolls” were warmly and openly supported by former President Donald Trump and largely prevailed. 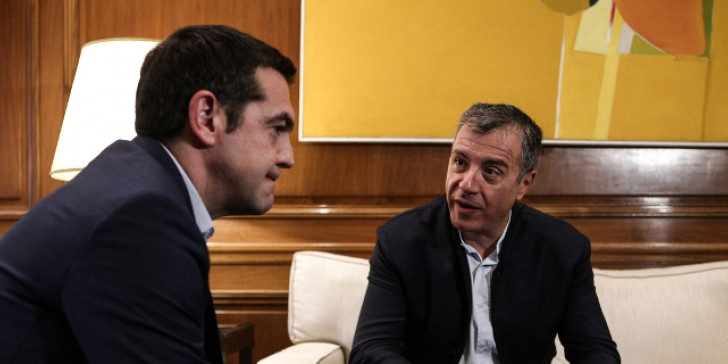 In spring, 2012, then TV reporter and producer of the show “Protagonistes” (protagonists), and later founder of the now defunct To Potami (the river) party, Stavros Theodorakis, in the context of contacts with other parties ahead of elections arranged an interview with Alexis Tsipras regarding Syriza’s aims and prospects.

The show was shot successfully and was broadcast on Greece’s ERT state-run television right before the May, 2012 elections.

However, the mystery was solved in May, 2015, when Mr. Tsipras was re-elected PM. Their contacts ceased as Tsipras chose Panos Kammenos instead of Stavros Theodorakis to form a coalition government.

With consternation the leader of To Potami revealed that Mr. Tsipras boasted about the army of internet “propagandists” that he created in order to prevail politically.

As Theodorakis recounts, it Mr. Tsipras personally led him to the office of the party “trolls”, but the party issued a denial and said that it was an associate of Mr. Theodorakis who actually conducted the interview.

The fact remains that Syriza at the time had built a battle-worthy cyber propaganda army.

Its capacity had been discerned in the previous two years of sterile and vicious anti-bailout memorandum struggle in which on the internet the worst political instincts were cultivated – malice, hatred, and the annihilation of any opposing voice.

To be fair, the other parties acted in a similar fashion. New Democracy in particular built similar mechanisms of its own.

Covert and without compunction, these mechanisms hid behind their anonymity. They were distinguished mainly by their animosity and by blackmailing and basically slanderous attacks on individuals and political choices.

For quite a long time they organised massive attacks against specific Facebook and Twitter accounts turning them into arenas for invective and for the exchange of hate messages, transforming their character and nature.

Over time they became rather influential. They even shaped opinions on the management of the great economic crisis and cultivated self-deceptions in a segment of the Greek public.

The truth be told, over the last years such tactics were commonplace abroad. The international media are full of charges about efforts to influence electoral outcomes in a host of countries.

The US was the most indicative case as networks of all sorts of “trolls” were warmly and openly supported by former President Donald Trump and largely prevailed.

From this circle and this sick brand of propagandistic activity there arose an extremely undemocratic challenge to the electoral result of the recent American elections.

It was based on these networks that the coup-like storming of the Capitol was organised in early January.

In Greece, under the weight of the understanding of the dangers involved in such undemocratic activity, the phenomenon appeared to be on the decline and losing influence.

Of late, however, it found fertile ground once again with the unprecedented pederasty scandal that has rocked the Greek theatrical world.

Given the political tensions that prevailed they gained ground and returned to their destructive work of easy and absolutely corrosive slander.

Thankfully, political party leaders at the podium in Parliament last Thursday – especially Mr. Tsipras, who has in the past heavily relied on such a problematic network – denounced the methods and tactics of all kinds of trolls. One hopes that they will not forget their commitments in the future.