A key reason for the delayed decline in the number of cases according to some experts on the COVID-19 committee is the continued gatherings of people in others’homes. 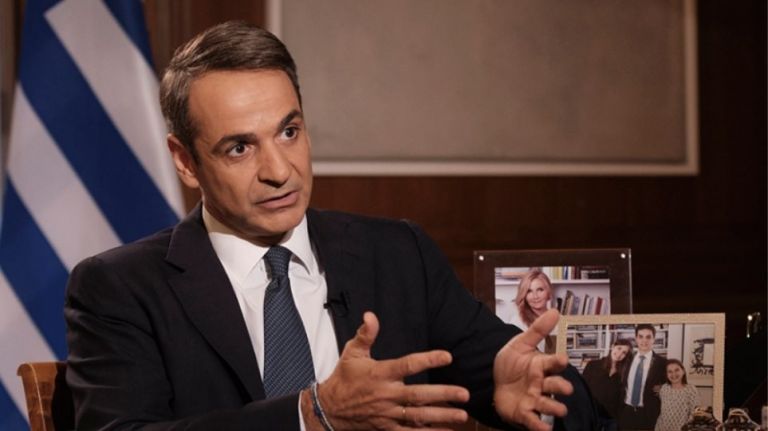 PM Kyriakos Mitsotakis and his government are maintaining a hard line on continued lockdown measures at least until 14 December amidst anguish in the business community over the dire economic repercussions of the move and the fatigue of citizens.

Mitsotakis expressed sympathy in acknowledging how hard it must be for most people to be homebound and forced to accept restricted social activities but he underlined the necessity of the move and pointed that the spring lockdown during the first wave of the SARS-CoV-2 epidemic was all-encompassing and shut down most of the economy.

The PM strongly urged citizens to faithfully comply with public health guidelines in the coming months as the much-desired herd immunity that will get Greece out of the woods would take months and the vaccination of around 70 percent of an often distrustful and reluctant public.

After a host of conflicting statements from ministers and other officials in recent weeks regarding which sectors of the economy will open for business before Christmas he effectively issued a gag order prohibiting ministers and other officials from offering possible dates and instructing them to say that everything will depend on the recommendations of the COVID-19 committee of scientists advising the government.

«We will salvage what we can from Christmas season commerce,» he told Alpha television an interview that aired today.

Facing criticism from various quarters including doctors and some scientific researchers that the current lockdown is not strict enough Mitsotakis maintained that its extension – including the continued closure of schools and restaurants – is in large measure due to the public’s failure to faithfully abide by existing public health guidelines.

‘I’ll be home for Christmas’

The PM attributed the fact that currently the epidemic hot spots are provincial towns and villages as policing is more lax there.

Another reason for the delayed decline in the number of cases according to some scientists on the government’s COVID-19 advisory committee is the continued gatherings of several individuals in the homes of people who are not in their “social bubble”, the handful of people with whom one chooses to come into contact exclusively during the epidemic.

The government has banned holiday gatherings of over nine people in homes.

It has also banned movement between prefectures.

Both measures are exceptionally difficult to enforce by policing.

‘Tourism not to blame’ for epidemic crisis, NHS top priority

Mitsotakis dismissed accusations that the current epidemic crisis is due to his government’s failure to impose tighter strictures on summer tourism such as requiring that travelers test negative to COVID-19 four days prior to their departure as some virologists, such as Gkikas Magiorkinis, had recommended.

He cited Israel as a country that closed its borders and yet has been hit hard in the second wave of the epidemic there.
He underlined that a top priority which restrictive measures are designed to serve is keeping the National Health System on its feet.

The PM has launched a campaign to persuade people that vaccines are safe.

The first batch of vaccines is due to arrive in Greece in early January and Mitsotakis has declared that he and his family will be among the first to be vaccinated.

He called upon opposition leaders to do the same so as to persuade a significantly distrustful public.

Conspiracy theories and specious pseudo-scientific arguments have inundated the social media and have been adopted by some famous singers and artists.

Mitsotakis stressed emphatically that the vaccines are safe.

«It is a miracle of science that we can have those vaccines available in only a matter of a few months, and that they are actually safe and effective.»
Mitsotakis said he expects Pfizer’s coronavirus vaccine to be approved by the European Medicines Agency (EMA) on December 30.

«Within 48 hours after approval they will be made available to Greece, signaling the start of mass vaccinations.»

He underlined that in the interim and even afterwards public health guidelines have to be observed by everyone «religiously,» so that schools can reopen on 7 January.

As for the economic repercussions of the epidemic he said that the state is doing all in its power to temper the effects of a projected nine or 10 percent plunge in GDP.

“It [the pandemic] will surely leave behind some open wounds, but the state has so far stood by its citizens..It has provided businesses with unprecedented liquidity, subsidised workers’ wages and benefits, provided assistance toprofessionals who rent commercial shops and spaces, while it also postponed tax deadlines. This is an important financial package that kept the production economy alive.»