The famous Israeli historian talks on the importance of bringing science to everyone, the shift in authority from human to algorithm and the element of the unexpected in history. 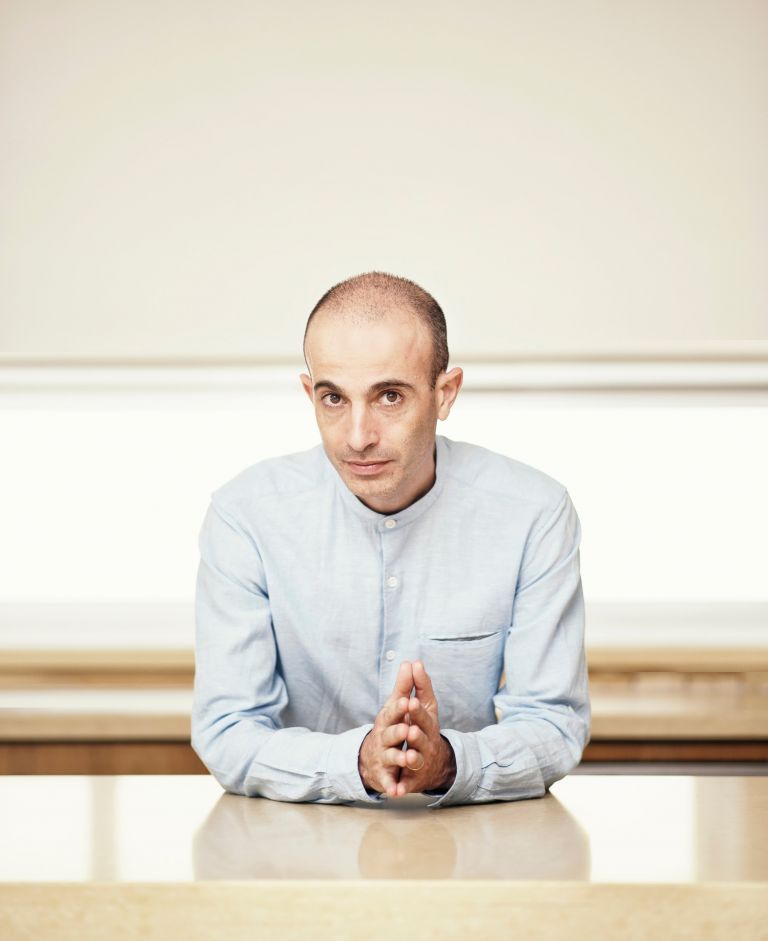 Until 2014 Yuval Noah Harari was just another scholar of Early Modern military history, the subject he had studied at the Hebrew University of Jerusalem and Oxford. Teaching in the former, he had already written a popularizing book summing up human history in twenty chapters. Its English translation (Sapiens. A Brief History of Humankind) became an international best seller with more than 12 million copies, turning him into a household name worldwide.

Today, the 44-year-old historian lives in Tel Aviv with his spouse, Itzik Yahav, is frequently invited to fora like the World Economic Forum in Davos where in 2018 he was slotted to speak after Angela Merkel and before Emmanuel Macron, meets with Facebook’s Mark Zuckerberg and Twitter’s Jack Dorsey and counts Barack Obama and Bill Gates among his readers. According to Harari, the success of Homo Deus and 21 Lessons for the 21st Century (all his books are published in Greek by Alexandria Editions) has not changed the rhythm of his daily life.

He remains a workaholic, he continues to set aside four weeks each year for meditation, he has not stopped pushing for bringing science to the public – and this is the reason he collaborated with two well-known comic book artists to remake Sapiens into a graphic novel.

Comic book writing requires a quite different mode of storytelling compared to history. How did you find the experience of working towards adapting Sapiens into Sapiens: A Graphic History?

“The graphic novel was the most fun project I ever worked on. Our aim has been to reach people who don’t usually read science books like Sapiens. To achieve this, I teamed up with two very gifted artists – Daniel Casanave and David Vandermeulen – and together we decided to break with academic conventions and take a trip on the wild side of history. This book isn’t an illustrated version of the old Sapiens. It is an innovative exploration of what history means – and what it means to recount history. In past ages, images often played a large role in how historical information was communicated. Just think of the Bayeux Tapestry! Once you add visuals, you raise a whole new set of questions that require imaginative responses. We know for example that some ancient Sapiens had sex with Neanderthals. This general fact is rather abstract. When you want to draw this, however, you must be concrete. Do you draw a Sapiens man with a Neanderthal woman? A Sapiens woman with a Neanderthal man? Maybe a gay couple? And what’s their skin color? Sapiens came from Africa whereas Neanderthals were native to Europe. Does it mean that Sapiens were dark skinned and Neanderthals had light skin? In a graphic novel, you have to address all these questions”. 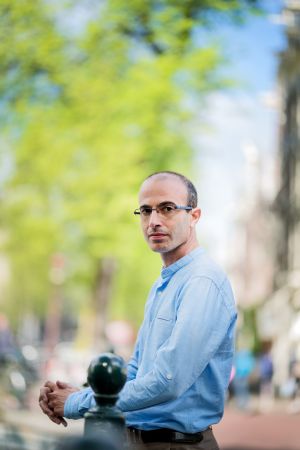 True, this is not some direct visualization of the book, simply putting its chapters into pictures. You are completely reimagining “Sapiens” incorporating comic book elements and techniques along the way.

“Whereas academic history books typically have a more serious tone, with the graphic novel we felt more free to have fun with how we presented the material. . We decided to depict the encounter between Sapiens and Neanderthals by referencing masterpieces of modern art. The invention of fire, in contrast, is presented as a silly commercial. Some critical stages in human evolution are reimagined as a reality TV show and the section on the invention of religion follows the conventions of superhero action movies. I too appear in the book as a character, but I insisted that it wouldn’t only be me. There are a number of other scientists there as well – some real, others fictional. It is important to convey the message that science is always a collaborative effort, and that scientists often hold different views”.

Sapiens: A Graphic History reminded me, as a popularizing effort, of Il était une fois l’homme, a quite innovative for its time French animated series on human history I used to watch on TV as a kid. Both its creators and you are using a medium appealing to the public to enhance knowledge for a greater audience.

“I also watched that show as a kid, and it influenced me greatly. That TV show was among the chief reasons I later became a historian, and it shaped my view of history in a very deep way. Like that show, the graphic novel too aims to build a bridge between the scientific ivory tower and the general public. The coronavirus pandemic has shown us how important such bridges are. If you don’t make an effort to bring science to everyone, you leave the arena free for all kinds of ridiculous conspiracy theories. And in the battle between science and conspiracy theories, science suffers from a major disadvantage: it is really complicated! The job of public intellectuals like myself is to take the latest scientific theories and find a way to translate them into a fun and accessible story, without abandoning our commitment to the core facts”.

“In a world deluged by irrelevant information, clarity is power” we read in the graphic novel jacket blurb. Does this in a way also signify an element of your work in general? Is separating signal from noise a function of your books? 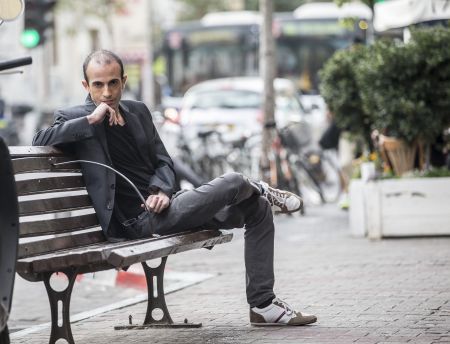 “Yes. That’s my main goal in almost everything I do. In the past, information was scarce, so people read books to get information. But today we are flooded by enormous amounts of information. There is so much information, that we just don’t know what to pay attention to and what to believe, and we often spend our time on trivial matters while ignoring far more important things. People spend hours watching funny cat videos on the Internet, while they don’t care about global warming. So I don’t want to write books that provide people with just more information. Instead, my books aim to help people see the big picture from a new perspective”.

Writing in the Financial Times back in March, at the beginning of the pandemic, you pointed out that state response would demand, as in other emergency situations, trust on the part of the public towards governments. Is still enough trust in governments to see us through these troubled times?

“It depends on the country. In many nations, you have populist politicians that have spent years deliberately undermining trust in the media, in science and in government agencies. Those countries are now struggling to get people to listen to scientific guidelines and take basic safety precautions. It’s not too late to rebuild trust, but this will require investing in institutions and in education. Ultimately, though, this approach is better for everyone. A well-informed and self-motivated population can deal with crises better than an ignorant and policed population”.

The rise of the internet these past 20 years has brought on an algorithm revolution but also, as you ‘ve cautioned before, the emergence of a surveillance state and the possibility that technological data might give authoritarianism an edge over democracy.

“There is a shift in authority from humans to algorithms in many areas, from entertainment to war. But it is not too late to regulate this shift. Citizens should pressure their governments to do so because there is a lot at stake. With the computing power and biological knowledge available in the twenty-first century, some governments and corporations will soon be able to understand us better than we understand ourselves. Think about what that means. I say that the human being is becoming a hackable animal. Algorithms already tell us what to watch and what to buy. They shape what news stories we see and help us find our significant others. Soon they’ll know better than we do what we should study at school, what our jobs should be, and what political parties we should join. If we don’t regulate these powerful technologies, we might see the rise of the worst totalitarian regimes in human history, and even in supposedly free societies people will lose control of their lives”.

Reading Sapiens one finds here and there hints on randomness: instances that could have gone either way, situations where unexpected variables manifested. What’s the role of unpredictability in all this, in our human history?

“History is full of unexpected surprises. Think about the Roman Empire around the year 250 AD. At the time, Christianity was little more than an esoteric Eastern sect. If you told Romans that within a century Christianity will be the state religion, they would have thought you were utterly crazy. Similarly in October 1913, Lenin’s Bolsheviks were a tiny radical faction. No reasonable person would have predicted that within a mere four years they would take control of the Russian Empire. Yet they did. These examples should give us pause and make us question our powers of prediction. What are the small groups of people no one is paying attention to today that might soon change the world?”.