Whoever is the leader of the Turkish-Cypriots plays an important role in the resistances of a community facing the religious, economic, and political pressures of Erdogan’s Turkey. 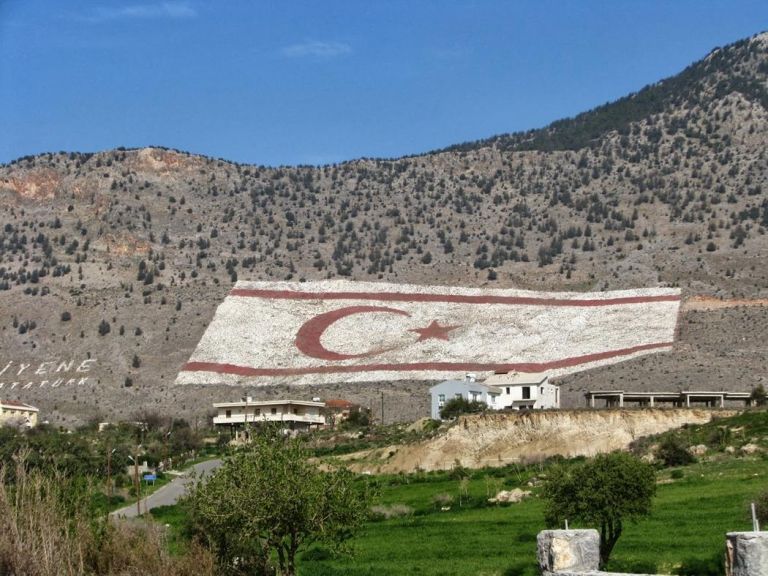 Many in Cyprus and Greece have long believed that, “Ankara holds the key to the solution of the Cyprus Problem”.

However, a more comprehensive view of the history, dynamics, and political setting leads one to an additional conclusion – that whoever is the leader of the Turkish-Cypriots plays an important role in the resistances of a community labouring under the weight of the religious, economic, and political pressures of Erdogan’s Turkey.

Those who have really come into contact with the Turkish-Cypriots in any substantial way are well aware that in the Turkish-occupied northern part of Cyprus on the first day of Ramadan the Turkish-Cypriots will light the coals, skew their meat, and drink zivania, the traditional Cypriot pomace brandy, as the bewildered settlers from Turkey look on.

Last Sunday the outgoing Turkish-Cypriot leader Mustafa Akinci was defeated in the so-called elections in the occupied territories by Ersin Tatar.

It was an unprecedented election process in terms of the extent of Turley’s involvement in collecting funds and voters for Tatar.

Akinci withdrew from politics after a 45-year political career with a dignified message wishing all Cypriots good luck.

For over four decades he served the prospect of a solution and peace and he did not hesitate to clash with Ankara, a break that reached the point of Erdogan directly threatening Akinci in the electoral process in the occupied territories.

At a critical juncture for the Cyprus problem, after three years without inter-communal dialogue, and with Turkey stirring troubles from the Aegean to the Caucasus, the rise of Ersin Tatar to the leadership of the Turkish-Cypriots does not presage positive developments.

Like Turkey, Tatar is speaking of a Cyprus solution outside the framework of a UN-backed settlement, which has always entailed the creation of a bi-zonal, bi-communal federation that has been the basis of inter-communal talks since the mid-1970’s.

Indeed, three years after the collapse of settlement talks held in the Swiss resort of Crans-Montana, Turkey appears to have abandoned that framework and is demonstrating its shift on the ground and at sea.

It is developing fertile land in Morphou, which is renowned for its citrus fruit.

It is opening the waterfront of Varosha that has been a closed ghost city since 1974 [Ankara had initially intend to return it to its Greek-Cypriot residents in the context of a settlement].

In its relations with the Turkish-Cypriot community, Ankara has set more and harsher preconditions for the two-year economic protocols [the occupied territories are extremely reliant on funding from Ankara] with a view to transforming the religious identity of the Turkish-Cypriots.

Meanwhile, on the other side the Greek-Cypriot community is sinking under the weight of scandals that have embarrassed the Republic of Cyprus internationally.

Cyprus’ President Nicos Anastasiades, who boldly backed the UN-sponsored Annan Plan for a settlement in 2004, has come under severe fire from both his opponents and his old political companions.

Tatar appears to be different than both the late, historic leader of the Turkish-Cypriots, Rauf Denktas, and Dervis Eroglu, who was viewed as an “old wolf” by the Islamists of Erdogan’s AK Party.

Tatar is not the sort that will stand up to Erdogan.

If the governments of Greece and Cyprus do not rise to the occasion then Tatar will become the catalyst for developments that will lead to a historic “closing” of the Cyprus Problem – either through the tragedy of a disorderly permanent partition with the occupied territories being annexed by Turkey or through a divorce settlement that would occur under the weight of regional tectonic shifts.

That will confront Hellenism sooner or later with a grave security dilemma – the creation of a hard border with Turkey at the end of Ledra Street, the crossing point between the free part of the Republic of Cyprus and the occupied territories.

* Yannis Ioannou is an international affairs expert and the founder of Geopolitical Cyprus (www.geopoliticalcyprus.org)