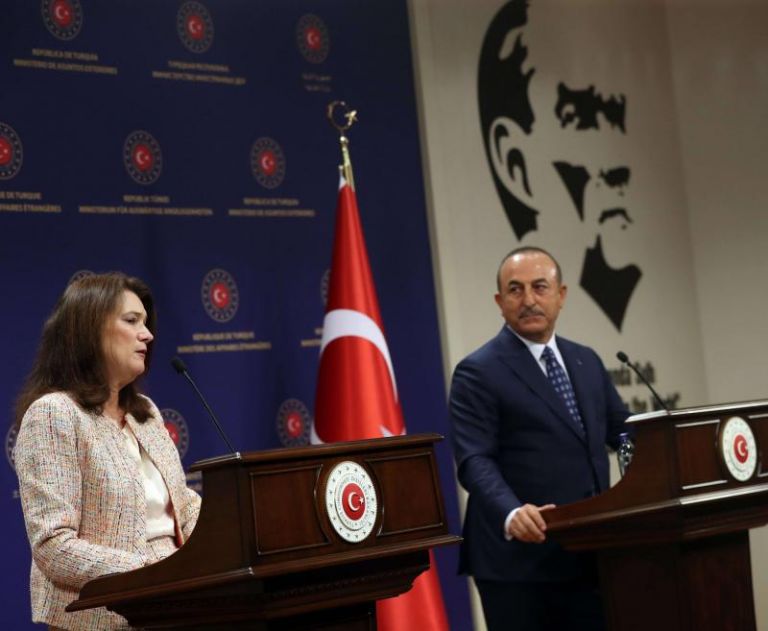 He accused the EU of double standards and trying to lecture Ankara on human rights and international law.

At a tense news conference after talks in Ankara, Swedish Foreign Minister Anne Linde reiterated the EU’s calls for Turkey to withdraw troops it sent to northeastern Syria a year ago against Kurdish fighters it regards as terrorists and also underlined that Ankara must back off from pursuing hydrocarbons exploration in the Easter Mediterranean, an issue highlighted in the conclusions of the last EU summit.

The airing of grievances came as tensions flared again between Turkey and the EU after a Turkish seismic survey ship on Monday returned to disputed waters from which it had withdrawn last month to allow for diplomacy.

Linde also criticised a decision by Ankara to resume energy exploration in the eastern Mediterranean, where Turkey and EU-members Greece and Cyprus are locked in a bitter dispute over offshore rights.

Cavusoglu made his irritation clear as the news conference headed in an unexpected direction.

“You are trying to lecture on human rights and international laws by acting condescending and using the word ‘urge’,” he said.

He noted the EU does not urge Turkey to withdraw from northwest Syria because, he said, “3 million more refugees will come to Turkey and then to European countries.” He then asked why Sweden does not stand up for the rights of Turkish Cypriots.

In response, Linde said that as a “guest” she would not engage in a dispute. “I would hope that everybody in Turkey will have the possibility to express their views as frankly as you are doing, minister. Thank you,” she said.

Cavusoglu then turned to her again and said: “In Turkey everybody can express their views but we don’t have these double standards.”

“The strong EU position remains the same. We continue to urge Turkey to withdraw,” Linde said,
The EU also expects constructive steps toward democracy and human rights in Turkey, she said.