Editorial: We must prepared for everything with Turkey!

Even the most incredulous person realises the words of the Turkish president are hollow as he takes care to demonstrate every day that he is an untrustworthy interlocutor. 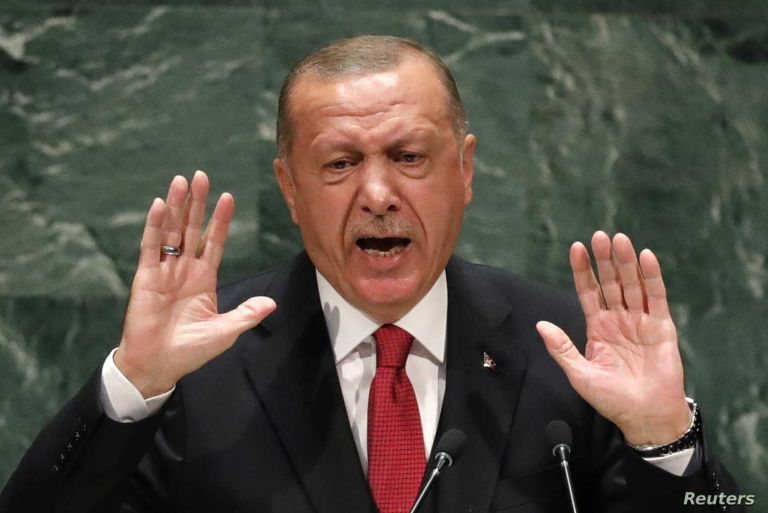 The only certainty with Erdogan’s Turkey is uncertainty.

Dozens of articles and analyses were written recently about the Turkish pull-back of the drilling ship Oruc Reis off the coast of Cyprus (which PM Kyriakos Mitsotakis described as an “adjustment” in a recent interview in the daily Ta Nea) in order to stave off sanctions and international pressures.

Just days later, we are preoccupied with another foray of the same ship.

The old question that resurfaced is, “What is Erdogan up to?”

There has been much speculation about his erratic behaviour but it has usually been off the mark.

That is because no one can really know whether Erdogan is implementing a specific plan or a “non-plan” – a wait-and-see approach, adjusting each time to the particular political and economic conditions in his country.

The only certain thing is that he fears no one. He is even duping his once “sole interlocutor” in the EU, German Chancellor Angela Merkel.

Even the most incredulous person realises the words of the Turkish president are hollow as he takes care to demonstrate every day that he is an untrustworthy interlocutor.

Despite all that, international reactions have been limited to lukewarm messages, recommendations, and efforts to persuade.
In light of Turkey’s erratic and dangerous policies and the policy of appeasement on the part of strong powers there is no room for complacency.

We must be on constant alert and fully prepared for all possible eventualities.